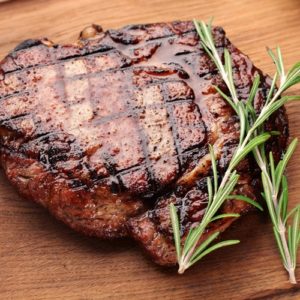 Students currently enrolled in chef schools in Texas may want to look to the 2014 Golden Chain Awards for an example of strong ambition and work ethic within the restaurant industry. The awards, which are put on annually by the Nation’s Restaurant News, aim at naming the best of the best establishments across a wide array of categories within the hospitality industry. This year, they turned their focus to Kent Taylor, the chief executive officer of the popular Texas Roadhouse restaurant chain, to recognize him for the incredible work he has put into creating and maintaining the franchise. If you’re hoping to one day be successful in the restaurant and hospitality scene, take a closer look at the story behind Taylor’s award to get an idea of the kind of determination success requires:

The award
Taylor was among five different Golden Chain Honorees in 2014, according to the Nation’s Restaurant News. The other four individuals honored were Aylwin Lewis, president and CEO of Potbelly Sandwiches, Greg Creed, who serves as the chief executive at Taco Bell, Sandra Cochran of the popular Cracker Barrel Country Store chain, and Joseph DePinto of 7-Eleven. All of these individuals were named as recipients of the award for having phenomenal years from a revenue perspective while also maintaining their vision for the brand. In Taylor’s case, specifically, the 2013 fiscal year brought in more than $1.7 billion in sales, which represents more than a 12 percent increase since 2012. One of the keys to his lucrative success has been his continued expansion of the brand since first opening a Texas Roadhouse in 1993. At this point, the company manages 433 restaurants in 49 states, as well as several abroad.

Further accolades
Perhaps even more impressive than Taylor’s name appearing on the list of 2014 Golden Chain Award recipients is that he also was the winner of this year’s Operator of the Year Award at the 2014 Multi-Unit Foodservice Operators Conference in Dallas. The award, which is given each year to the individual who best represents the notions of progress, expansion and quality in the restaurant industry, is selected from the five Golden Chain Award winners. Taylor attended the awards ceremony with his executive team, offering a brief acceptance speech in which he and his coworkers praised the concepts of forward thought and creativity within their organization.

Drive
Taylor told Nation’s Restaurant News that he never had any idea, when starting out, that his concept would become so lucrative or ubiquitous. Apparently, he began the restaurant concept solely with the goal of making enough money to afford a house. In 1993, he opened the first establishment in Clarksville, Indiana, and has pushed through countless obstacles and hardships since then to maintain and expand the brand. His work serves as a prime example of the power of drive and commitment, and should be emulated by culinary students thinking of starting their own brand at some point.