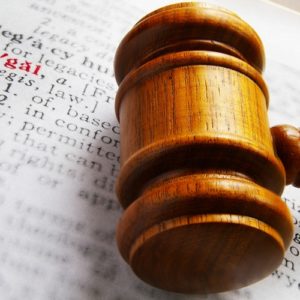 From students in culinary arts programs to amateur chefs to professional cooks, everyone in the culinary community seems more and more concerned with sourcing fresh, sustainable ingredients. Those folks may have been dealt a small victory this week as high-end food retailer Whole Foods found itself on the wrong end of the law,  and has agreed to pay a fine of nearly $800,000. An investigation conducted by the state of California uncovered that the grocer had been committing “widespread pricing violations” at the expense of  its consumers.

Ultimately, the investigation, which took over a year, revealed that Whole Foods had been overcharging its customers in several ways. Listed in the investigation were allegations that the grocer had been including charges for the containers necessary at various hot food bars (as opposed to subtracting the weight of the container from the total weight of the item). Whole Foods also violated an ordinance requiring it to sell food in the deli by weight instead of by piece. The investigation also suggested that Whole Foods had been misrepresenting the weight of many of its prepackaged items on exterior labels, and thus overcharging customers.

The $800,000 total is comprised of $630,000 in civil penalties, $100,000 to a California consumer protection fund and $68,394 in total investigative costs. In addition to the fines, Whole Foods has also been reprimanded with a series of disciplinary measures aimed at furthering consumer advocacy and protection. Executives for the retailer have agreed to a five-year injunction that will create considerably more oversight into pricing. Each of its 74 California stores will also now have an employee in charge of monitoring pricing.

Shares rose 0.6 percent on Wednesday, closing at $39.19 each. The company’s stock has taken several large drops this year. It’s widely held that this is due to the retailer having to lower its prices, while maintaining the same standards of quality and overhead expense, in order to compete with the expanding organic food market.