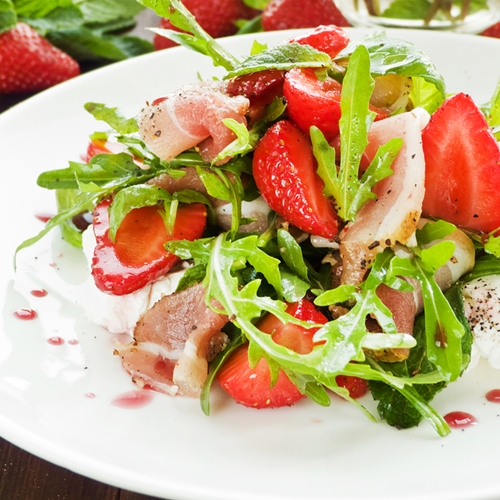 Culinary classes are a superb place to learn how to make a four-course meal. One of the staples of such a feast is the salad course. In the United States, the salad is often forgotten, looked over by consumers who instead indulge in potato chips and French fries. At least, this is half of the equation. Many culinary researchers are also suggesting that America’s youth are opting for juiced vegetables and cooked greens over the traditional salads of the past. However, several chain eateries are trying to revitalize the salad bar with a goal of bringing back the American health kick that was most popular in the 1980s. Of course, the culinary world looks much different now than it did three decades ago. Even though many Americans are focusing on the principles of the farm-to-table movement and the tech industry continues to create wearable devices that monitor health, it’s taking a lot of convincing to turn Americans back on to to this cornerstone of healthy living.

Salad 2.0
According to Bloomberg, not even supermodels will be able to convince Americans to eat salad, which was said in reference to a Burger King advertisement from the ’80s starring Elle MacPherson.

Bloomberg stated, “In 1985, Burger King tried to lure diners to its salad bar with a television commercial that juxtaposed parts of MacPherson’s anatomy with floating mushrooms, peas and other ingredients.”

In the 1970s and 1980s, salad bars were a regular part of most restaurants, working to address the growing health concerns of the American people. This spread to fast food chains such as Wendy’s and Burger King. However, salad bars fell out of favor with younger generations and many restaurant chains eliminated them because they were simply too costly. Perhaps one of the reasons for this shift is mere convenience and speed, as many Millennials don’t have the time or patience to put together a salad themselves. Other culinary minds suggest that salad was never all that popular due to taste, but it was instead a tool many used to lose weight, making it seem more like a chore than a viable dining option.

The new faces of salad
Of course, superfoods such as kale have distracted many young eaters away from the traditional salad offerings. Also, the market for vegetable and fruit juices has skyrocketed, as many Millennials look to get their daily nutrients from one source. Bloomberg suggested that there is a new generation of salad eateries with restaurants including Sweetgreen, Chop’t and Fresh & Co popping up in major cities.

Chop’t relies on a philosophy of “Better Tastes Better,” focusing on using farm-fresh ingredients in all of its dishes. Hoping to grow to a nationwide scale, Chop’t says what’s most important is its point of view, which includes providing sustainable services, organic vegetables, homemade salad dressings and a new cutting board for every salad.

Sweetgreen has five core values that include an emphasis on sustainability and cultivating authentic food. Founded in 2007, Sweetgreen sources local and organic ingredients to provide the most nutritious salads for its customers. Sweetgreen is currently only located on the east coast, mainly in the Washington, D.C. area.

Fresh & Co., based in New York City, pledges to only source ingredients that are grown within an eight hour drive of its locations and makes organic sandwiches and salads. Fresh & Co. works to use ingredients that are in season, ensuring that customers always get the freshest produce available. The company has a self-acclaimed lively social media presence, often sharing its culture over Facebook, Instagram and Twitter.