Brazilian cuisine is renowned for its thin-cut steak (picanha) served with rice and beans, bountiful barbeques (churrasco) and its variety of desserts, including flan and the prominent acai bowl. But online culinary students who venture beyond Brazilian beef and “wonderfruits” will find many more exciting dishes that may just have a home on their menu.

Acaraje is a street food straight from the Brazilian state of Bahia with roots in West Africa. It’s made by stuffing a black-eyed-pea-and-shrimp fritter that has been fried in red palm oil with a shrimp paste known as vatapá. The vatapá is made from shrimp, coconut milk, finely ground cashews or peanuts, and palm oil, and is sometimes seasoned with a spicy pepper sauce. Many traditional acarajé vendors will also add non-ground shrimp or dried shrimp to the stuffing for some additional texture and heartiness.

How you choose to serve this delicious seafood is ultimately up to you, but one thing is for certain: The lightness of the fritter combined with the boldness of the shrimp-based stuffing makes for a memorable dish.

Brazilian cheese bread, pão de queijo, is a famous side dish of small, round, airy and cheesy bread bites that goes as well with a traditional Brazilian steak as it does with a chicken cutlet or all-American cheeseburger. Pão de queijo is unique in that it uses manioc starch in place of flour. If you can’t find manioc, you can use tapioca flour in its place. Either way, this cheesy bread is entirely gluten free.

You can make pão de queijo by boiling a combination of milk, oil and salt in a saucepan. Next, remove the pan from heat, and mix in the manioc starch or tapioca flour. The final step in baking is to stir in egg and cheese until the dough takes on a chunky consistency. Traditional pao de queijo recipes use special cheeses known as queijo de Minas or queijo de Canastra meia cura, which have a similar consistency to Monterey Jack or mozzarella, according to Hilah Cooking. Most American recipes call for parmesan as a substitute. Once you’ve mixed in your cheese of choice, mold small tablespoon-sized balls, and bake. 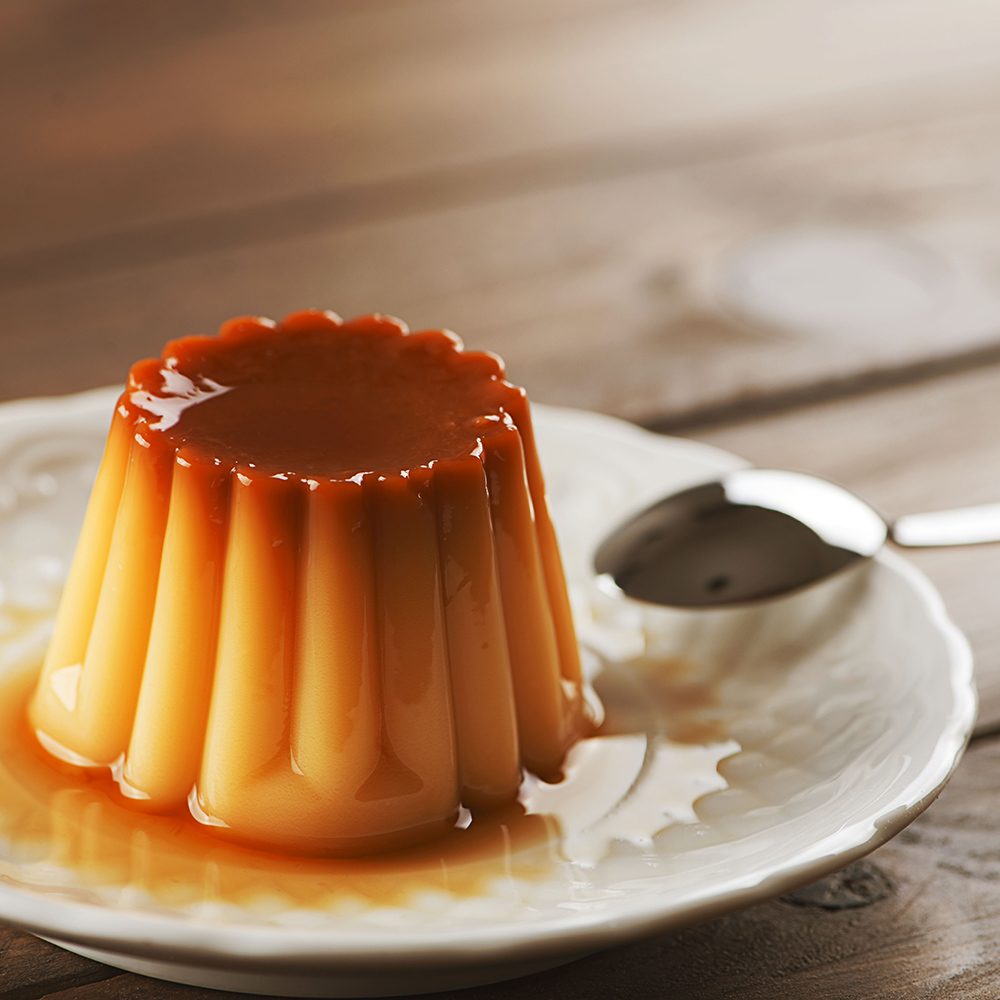 Flan, while popular, is hardly the only Brazilian dessert worthy of a spot on your menu.

Pastel is a classic fried pastry with a flaky dough exterior, usually shaped into a half moon or rectangle, encasing any variety of warm fillings. One of the most popular filling options in Brazil is chicken and catupiry, a soft cheese that is similar to a cream cheese. In fact, many pastel recipes in the U.S. will use cream cheese in lieu of catupiry, which is slightly more difficult to find. Palmito, or heart of palm in English, is another classic filling. A pastel can be savory or it can be sweet. Guava and cheese and dulce de leche are choice filling options for a dessert pastel.

Another tasty, handheld fried good is the coxinha. If a pastel is comparable to an empanada, than a coxinha errs on the side of a croquette. It’s doughy and tear-drop shaped, usually with shredded chicken or palmito and catupiry on the inside. Like a croquette, the outside is coated in a fried batter. The result is a crispy outside and a doughy, irresistibly rich inside.

Last but not least, brigadeiro is a Brazilian truffle traditionally made by mixing cocoa powder, sweetened condensed milk and butter in a saucepan until the mixture begins to congeal. Once the mixture has cooled, the brigadeiro is shaped into little balls and rolled over chocolate sprinkles. Alternatively, you can swap out the cocoa for other flavor agents such as cream, and replace the sprinkles with ground pistachios, for instance. This incredibly simple dessert is easy to make, but is sure to wow your customers, as there’s nothing quite comparable to it on most American menus.