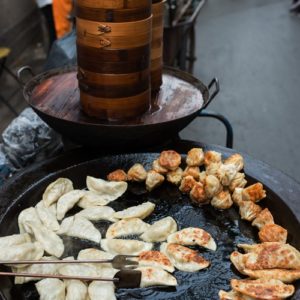 Consumer Reports released a study that surveyed more than 30,000 people about how they choose and rate their fast-food restaurant experiences. With dancing and dueling personified burgers and fries, the study’s video showed that fast food eating habits are changing. As members of the millennial generation begin to make their way into the adult population, they are altering consumer decisions by choosing to spend their money differently than their parents. Cooking school students will be happy to know that taste is making its way to the forefront of the consumer’s mind.

Youth have caused a stir in the restaurant industry and their power is seen across the country. According to the National Restaurant’s Association, restaurants now hold 47 percent of the food dollar. This means that more people are choosing to get their food out instead of making it at home. Millennials grew up in households that chose to eat out more frequently than previous generations. This comfort with dining out has caused them to seek out meals that offer high-quality food for a lower cost than a traditional sit-down restaurant. Not only is this generation choosing to eat out more often, they are also choosing to go the extra mile for a higher quality meal.

Follow the taste
Consumers rated food from restaurants like Chipotle and Panera?, which offer fresh ingredients and meat without antibiotics, higher because of the quality. Even though these eateries were less convenient and lacked any drive-thru options, consumers preferred to spend the time and money to get a conscious meal.

“For consumers, the quality of the ingredients and the higher price point lead to a more satisfactory experience altogether,” said Todd Marks, an editor at Consumer Reports, in an interview with the Los Angeles Times. “Not only is the food better, but they do a better job in cleanliness, service, and value – you get more bang for your buck.”

With these smaller chains winning consumer votes, it seems likely that fast-casual restaurant chains may be the way of the fast food future. Chains have begun to switch their menus and offerings to include what millennials seem to want. When it came to the burrito, Chipotle ranked at the top of the bracket, while Taco Bell came in last place. Another giant, McDonald’s, took a hit by placing last in burger reviews. Even Kentucky Fried Chicken lost headway, taking last place in the chicken category. A cheap meal may sway some to buy from a large fast food chain, but even so, only 22 percent of the reviewers said they got good value in the exchange.