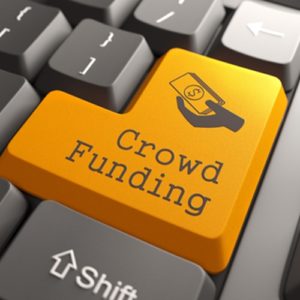 People are turning to crowdfunding to get financial backers for all sorts of culinary endeavors, from opening a restaurant to starting an organic ice cream company.

Crowdfunding has become the new go-to move for food industry members who are looking for financial backers. Instead of seeking assistance from CEOs and restaurateurs, people are turning to sites like Kickstarter where their future customers and clients can help fund the very beginning of a new culinary endeavor. Here are some of the coolest Kickstarter food campaigns in Texas that Austin culinary arts program attendees should know about:

Helen – Greek Food and Wine
Evan Turner, a well-known sommelier from Houston, launched this campaign to raise $35,000 to start a Helllenic Greek restaurant in the Rice Village neighborhood. According to Food Chronicles, Turner already has the location and all the permits and licenses needed to start the business, so the campaign is to help raise funds for equipment, ingredients and dishware. Helen will offer Greek taverna cuisine, like braised black-eyed peas and fennel, cinnamon-cumin sausages and salt-grilled shrimp with honey vinegar sauce. The menu is set to be written in English so diners can easily peruse their dining options and the full wine list. The rewards for campaign backers start at breaking a plate for pledging $5 or more, two mezedes and two plates to break once the restaurant opens for pledging $20 and more and backers who donate $5,000 or more will get to close down the restaurant for a day on Sunday in order to host a 25-person party complete with plate breaking celebrations. The campaign ends April 10, 2015.

The Blue Cat Cafe
Cat cafes are garnering more and more attention as they partner up with animal rescues to provide a home for cats waiting to be adopted. This cat cafe campaign is looking for $60,000 to build an entirely new space in Austin to allow for an indoor kitty area for petting and visiting and an outdoor patio. The patio, or “catio,” is where food and drinks will be served and local food trucks can pull up to offer their wares. The food served at the cafe will be vegan because the goal of the cafe is to be an animal safe haven. Plant-based dishes are the only way to go in the eyes of Rebeca Gray, the cafe founder. For a $1 donation, funders will receive a thank-you email featuring some of the kittens that will be adoptable via the cafe. People who give $1,000 or more get to stay up all night during a kitty lock-in at the cafe where they can hang out with the furry felines and 12 of their human friends. If the campaign is fully funded by April 18, 2015, this will go on to become the first cat cafe in Austin.

Murdoch’s Backyard – Food, Brewskies, Fun!
Sarah Franke, the owner of Dumb Dog Sausage Co, is looking to raise $100,000 to open up a barbecue heaven called “Murdoch’s Backyard” in Cypress, Texas. Murdoch was a big yellow lab that was a loyal, trustworthy mutt who loved sausages. Franke is naming the restaurant after her canine friend, and hopes to convert a 3-acre farm into a restaurant space including a parking lot, commercial kitchen, indoor and outdoor seating. The chef currently makes interesting sausage varieties like “Maple Pun’kin Pecan Pork,” and “Burning Heart Boudayum.” She also creates some seriously tasty sauces, such as “Dragon’s Blood,” “Root Beer Bacon Jam” and “Ghost Pepper Sweet Chili.” Franke plans to turn a barn and field into the restaurant and renovate a shed into an awesome climate-controlled area for curing meat and cheese. She also plans to convert a shipping container into a massive smoker to feed the community for pig roasts and massive social gatherings. The campaign ends on April 7, 2015.