As part of Auguste Escoffier School of Culinary Arts’ features throughout Women’s History Month we asked our female faculty members which famous female chefs they admire and how that chef impacted their own culinary journey. We thought we knew who some of them would mention, but what we discovered were some very interesting responses including wonderfully touching nods, when personal experiences came into play. See if any of your icons made the list.

“Her take on food is something that I admire and also try to live by. Simple and beautiful ingredients, cooked perfectly. Very little frills, just amazing cuisine. She also runs her kitchen with compassion. She has truly changed the narrative in the kitchen.”

“Susan Spicer of Bayona is a chef in the French Quarter, her food is amazing but most importantly she is an advocate for the environment, conscious purchasing and ingredient selection. She is from Key West. She has been named one of Food and Wine’s 10 Best New Chefs and received the James Beard Award for Best Chef, Southeast Region. She has received the DiRoNa designation from Distinguished Restaurants of North America, the Robert Mondavi Culinary Award of Excellence, and Bayona was voted No. 1 in Gourmet Reader’s Choice Poll of America’s Top Tables, New Orleans.”

“The precision she devotes to all her recipes and the way she balances the science of baking with flavor and aesthetics has been a tremendous inspiration to me in choosing to pursue a career in the baking and pastry arts.” 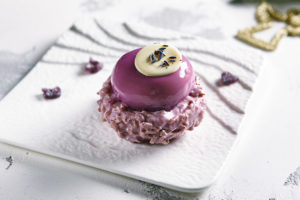 “I learned about Chef Kamman about 6 years into my professional journey, when I came across her book The Making of a Cook. Her teachings helped to solidify what I had learned in school and drove me to practice my craft. The impact that Chef Kamman truly made on me was after I read When French Women Cook. I am of French heritage, and have always held dishes and cooking techniques from France near to my heart. This book explained WHY I love the foods I love–to cook and to eat! It explained how the flavors of foods and experiences in making, sharing and enjoying them are ingrained in me. I have so many pages marked!! Those are the things I hope to pass along to my students, so that they, too, can make a connection with their heritage through food.”

“Chef Niki Nakayama is an inspiring female chef who is ambitious with her career and elegant with her modernized version of Kaiseki. She has inspired me not only through dishes but she has made a statement by being a two Michelin starred chef in a culture where there’s not much space for women. I respect her, relate to her and am inspired to bring out a modern touch to the cuisine of my culture as well.” 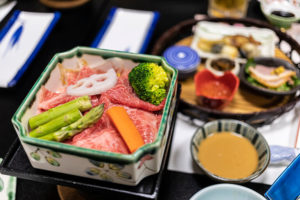 “Alice Waters was paramount in making her style of cuisine relevant and sought after. This is something that any chef would aspire to. Although she has won a James Beard award and has many publications, she isn’t a “celebrity chef” in the spotlight and has stayed her course and continues to do what she believes. She is humble, talented, creative, hardworking and unafraid to push boundaries. A true genuine pioneer and for me a kindred spirit.”

“Pastry Chef Jules Stoddart began her career in Chicago at Nico Osteria working under the direction of James Beard Award Semifinalist Amanda Rockman. In 2015 she opened South Congress Hotel as pastry Sous Chef, later joining Parkside Projects as Executive Pastry Chef in 2017. In 2019 she joined James Beard nominated Chef/Owner Michael Fojtasek as Pastry Chef of Olamaie. Jules stays true to her Southern roots by creating desserts based on childhood favorites and rich Southern traditions. She is one amazing human that does so much for our community and hardly ever gets the credit she is so due and truly deserves. Last week she volunteered to vaccinate the citizens of Austin with Texas Hospitality Workers. During this year’s pandemic, she put together a Pastry Chef collaboration series showcasing Austin Pastry Chefs called the Flavors of Fall, to give voice to the many pastry chefs that had lost their jobs and helped cook thousands of meals for people in our community. She is a member of Dish’nDames, New Belgium home cooking for a cause, and Austin Women in Culinary just to name a few. She makes me want to be a better person!”

“Chef Chase was known for her Dooky Chase restaurant based in New Orleans, which she started with her husband in the 1960’s. It was also known for Civil Rights gatherings for which she was an advocate. She was an incredible chef, TV personality, and author. The restaurant also featured an intensive African American Art gallery. In 2018, Food and Wine named her establishments as one of the 40 most important restaurants in the past 40 years.”

“From high school I knew I wanted to be a pastry chef, a chocolatier specifically. When I learned about the world’s first female master chocolatier, I was so inspired. Not only is she a woman, but a mother on top of that. No easy feat to reach those ranks while balancing motherhood. Cecilia Rabassi is the founder of Amedei, one of the world’s finest chocolate producers. She is a 6 time recipient of the Golden Bean, a prestigious award in the chocolate world, this is also the most ever awarded to a chocolate manufacturer. Amedei is a bean to bar producer focusing on ethical practices which is so important in the cacao industry. Cecilia Rabassi, now a consultant for Amadei as well as other fine luxury food brands, built her business up from a small artisanal shop. I can only hope to follow in her footsteps of establishing herself as a powerhouse to then give back to the following generations and turn her attention to her family. I continually strive to enhance my skill and knowledge of chocolate work to apply in all areas of pastry. Her footprint has also helped me to see that it is more than possible to balance career and kids. When you follow your passion, you are capable of doing great things!” “La Mere Brazier, as she was known, was the first person to be awarded 6 Michelin stars in 1933, 2 for each of her restaurants. A single mother, she opened her first restaurant at 26. She worked hard, ran a tight ship. La Mere influenced those chefs credited with modern dining and gastronomy, she is the mother of modern French cuisine. She kept her menus classic, rarely making changes unless it was seasonally required. Her grit and work ethic make her such an inspiration, not only for women, but chefs everywhere. She makes me want to work harder and keep learning.”

“She’s a total badass! Her art impacted the taste buds of so many, yet she cooked up concoctions to keep sharks away from explosives. She created a legacy that resonates with anyone – heck, everyone – even those who aren’t culinary-savvy. She was just an amazing human.”

“She was a trailblazer at a time when there were few or no women Chefs and she persisted in attaining her culinary degree with Le Cordon Bleu in Paris and made an amazing impact on the whole world with her book Mastering the Art of French Cooking which no one had ever put together in a book.”

“Her ability to bring French Cuisine in a friendly and approachable manner to the masses. Her love of life and butter, she exuded passion and love for food which is the base of all things delicious!”

“She brought classical cooking to the masses.”

If your favorite female chef didn’t make the list, connect with us on social media and tell us who you admire most. Who knows, maybe one of our Chef Instructors is or could be your role model. Visit our website to learn more about Escoffier’s culinary and baking and pastry programs to see if this is your professional path.

How to Train as a Chef