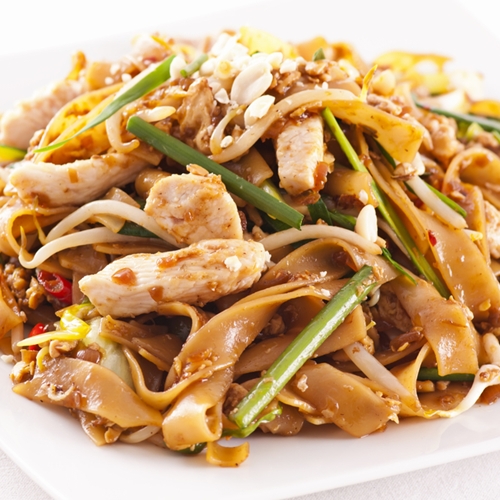 Texas culinary school students may want to look more carefully than usual at Bon Appetit’s annual rankings of the top 10 restaurants in the country. The magazine, which earlier in August released its short list for the “10 Best New Restaurants in the Country”, has recently honored the winners by publishing their names in print and on its website. There are several pleasant surprises on the list, though none as interesting as the addition of Thai-Kun, a new food truck in the Austin culinary scene, coming in ranked as the eighth best new restaurant in the nation.

Obviously, this is surprising first and foremost because Thai-Kun is not a sedentary restaurant, but a four-wheeled mobile eatery. Still, the now-celebrated Thai-Kun has been able to build quite a following from its impermanent parking spot behind Wonderland bar on East Sixth Street.

Head Chef Thai Changthong had already built up something of a following in Austin before beginning to operate out of the truck.  Changthong is known for what he playfully calls “O.G.” Thai cooking, a style of Thai cooking that doesn’t deviate into the less-spicy, Americanized version of the food, but instead focuses on embracing extreme spice and heat. He had worked at Spin Modern Thai prior to it closing. He now also works in the kitchen at Qui, which is owned by Thai-Kun co-owner Paul Qui.

The mobile Thai restaurant, despite being named on such a prestigious list, is actually quite affordable. Ordering the entirety of the eight item menu, according to Bon Appetit, costs a grand total of $56. If you’re in the Austin area and looking for some truly memorable Thai food, you’d do well to head down Sixth Street. Just follow the delectable, spicy aroma, and you’ll find Thai-Kun between Hole in the Wall and Liberty Bar.