Crisps and crumbles are classic pastries of British origin that belong on any dessert menu, especially in the fall and winter, when customers start craving warm and toasty dessert options. Online pastry students who are interested in adding something new to their pastry repertoire need look no further than crisps and crumbles. They’re not difficult to make, and your customers will just keep coming back for more.

Crisp or crumble: What’s the difference?

Crisps and crumbles have more in common than they do differences. Both are traditionally defined by a crumbly, streusel topping layered above fresh, baked fruits. You might be more familiar with their cousin, the cobbler, which gets its name from the cobblestone-like biscuit rounds used in place of streusel.

The main difference between a crisp and a crumble is in the way the streusel is prepared. Crumbles are made with ample butter, flour and sugar, giving them a dense and doughy texture. Crisps, true to their name, include oats so that the top streusel layer becomes crispier as it bakes. Even among professionals, the two names are often used interchangeably, but they are in fact separate dishes.

The other noteworthy difference between a crisp and a crumble is that crisps are almost exclusively sweet. Some prominent examples include the famous apple crisp, which can be seasoned with ginger, nutmeg, cinnamon or combination of the three, and topped with a scoop of vanilla ice cream. Then there’s the classic rhubarb crisp, which is typically sweetened with a hearty dose of sugar along with berries. What you probably won’t find, though, is a savory crisp, according to Chowhound. Crumbles, on the other hand, come in an assortment of both sweet and savory options. The veggie crumble, for example, swaps the sugar in the topping out for cheese, and the baked fruits for sweet potatoes, onions, mushrooms, squash, sweet corn and other veggies, as noted in this recipe from the BBC. While somewhat rare in U.S., savory crumbles are a classic across the pond, one that may be worth exploring if you want to add something new and different to your menu. 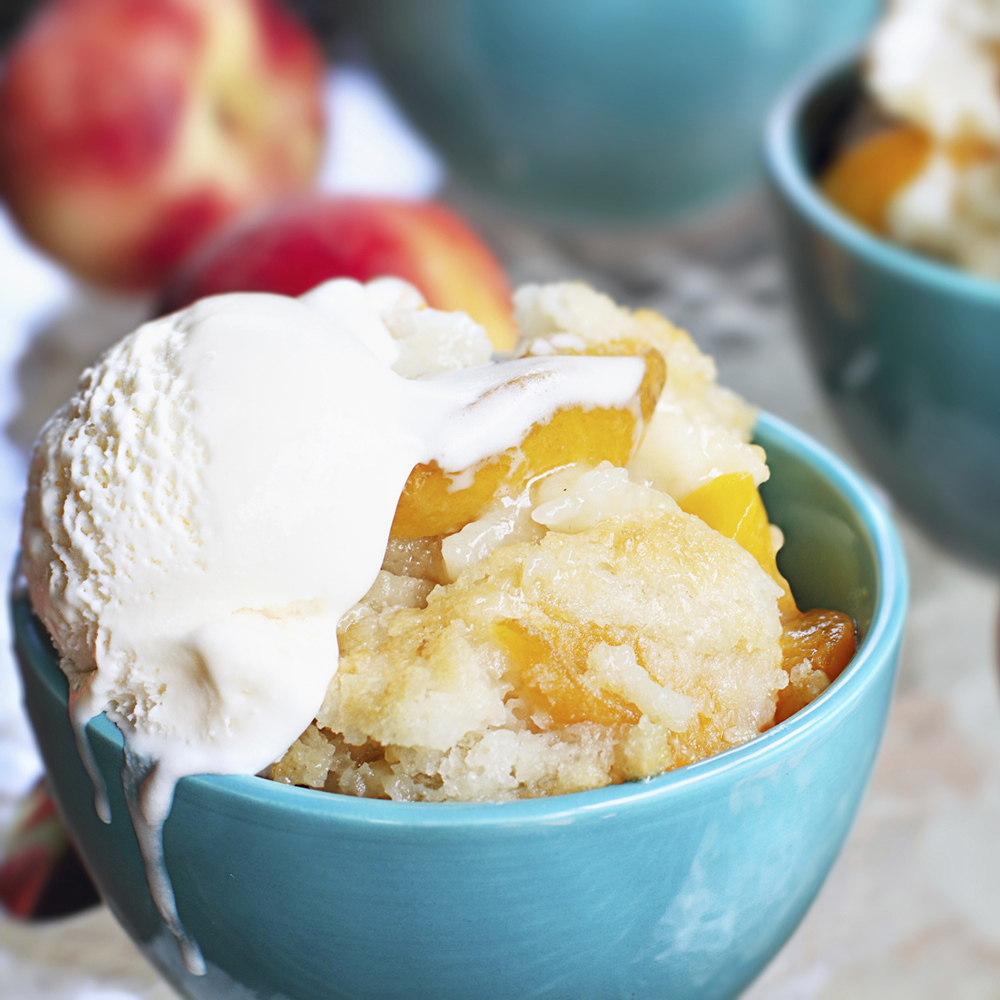 Bring home-cooking to your menu with a gooey, berry crumble.

There are no rules regarding the types of fruit used to make crisps and crumbles. Even though crisps and crumbles are warm and baked, they’re year-round menu fixtures. Many eateries will rotate their menu selections based on seasonal fruit. The classic apple crisp is perfect for fall weather, while a pear crumble might be preferred in the winter months. Apricot and rhubarb are the fruits of choice for the spring season. Strawberries, peaches, plums, cherries, nectarines, blackberries and blueberries are all fair game in the summertime. With that in mind, the sky is the limit.

Some tasty inspirations include a pear crisp with amaretti topping, made with under-ripe pears, almond slices, amaretti cookies, and heavy whipping cream, and seasoned with lemon and brown sugar, courtesy of Cooking Light. On the other end of the spectrum, there’s a wintry vegetable crumble from the BBC that uses flaked almonds, flour, and parmesan for the topping. The baked portion of the savory pastry-casserole hybrid uses a combination of celery, carrots, sweet potatoes and leeks mixed with crème fraîche that has been beaten with flour and mustard. For a more summer-inspired crumble, consider borrowing inspiration from this cherry crumble pie recipe, also from the BBC, which uses a crumbly hazelnut-laden topping over raspberry jam or bramble jelly, along with cherries, for the filling. These little morsels can be served warm or cold.

As long as the flavors you use complement one another well and you’ve mixed, baked and seasoned with care, there’s really no wrong way to serve a crisp or crumble.