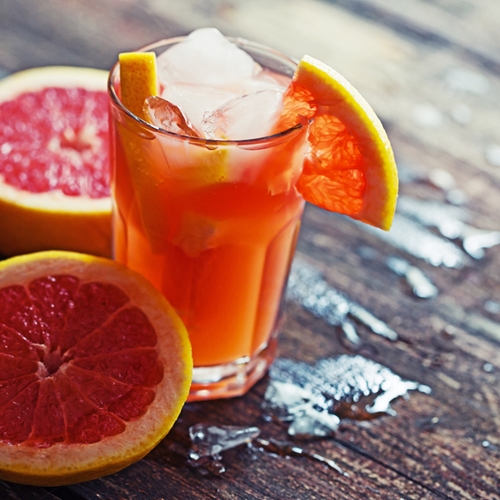 The Texas state fruit is the grapefruit, also known as Citrus paradisi. This delicious citrus fruit comes in many varieties, from sweet to sour and can be a delicious bold ingredient to add to many recipes. Learn about the history of this delicious fruit and ways to use it in your Austin culinary arts program homework:

History
The general consensus is that 1893 was the first time grapefruit was planted in Texas. The fruit is a native of Barbados and is a mix of a sweet orange and a pummelo. Its first name was “the forbidden fruit,” but a Jamaican farmer called it a grapefruit in the 1800s because of the way it grows in clusters. Spanish or French settlers brought the first seeds to the U.S. through Florida and it is likely that Spanish missionaries first introduced the seeds to Texas. The first grapefruit varieties planted in the state were white and pink. When farmers discovered especially red fruits on their pink fruit trees they names the variety the Texas Ruby Red and it was the first grapefruit to be patented. Other Texas species include the Rio Star, Ruby-Sweet and Flame. It wasn’t until 1993 that grapefruit was officially designated the state fruit.

Uses
Grapefruit is rich in vitamin C and is a delicious low calorie snack or breakfast right out of the rind. It is a great topping to add to lettuce and fruit salads. Try making a grapefruit brulee by covering sliced rounds of the fruit with brown sugar, butter, cinnamon and nutmeg and baking them for six to eight minutes. This is a great summery treat to eat as is or on top of vanilla ice cream. Grapefruit makes a delicious compote to add to yogurt, especially when simmered with cranberries and pears or other berries. If you like the simple flavor of a raw grapefruit try peeling it and cutting it into rounds. Take a section of salty Halloumi cheese and brown it in a skillet with chopped shallots, fresh ground peppers, olive oil and red wine vinegar. Add the cheese to the top of the fruit round and you’ve got the prefect appetizer for a holiday party. Grapefruit is also delicious in cocktails of the alcoholic or kid-friendly versions. Try adding it to sangria or a gin fizz. You can use just the juice or toss in an entire section of the fruit.