For culinary school grads, Thanksgiving is a great time where you get to show off your chops to family and friends and then enjoy a big meal and maybe watch some football.  For others, it’s a time of panic and/or sheer terror inspired by the seemingly innocent phrase “Why don’t you whip something up for Thanksgiving?”

Easy for you to say.

To save you the aggravation, here are some last minute recipe ideas that require five ingredients and are sure to wow during your holiday celebration this year.

Most people have memories of canned cranberry sauce—that gelatinous cylinder of sweet and sour fruitiness has been imprinted on the American psyche in a way that’s hard to fight.  But, if you’re bringing something to a dinner party, canned sauce just doesn’t make the same impression something homemade will. ¼ cup witbeer (Blue Moon is the easiest to find, but any brew with orange notes will do)

Place a ceramic plate into your freezer.  It comes in handy later.

Combine the soda, beer, and honey in a large saucepan which also has a lid.  Heat slowly until the honey dissolves and the beer foam disappears.

Then add the cranberries and simmer on medium until the berries start to pop.  It is a pretty energetic pop, so put the top on for a few minutes to keep from turning your kitchen into a sticky mess.

Check every few minutes, scraping the bottom of your saucepan with a rubber spatula to make sure your sauce isn’t burning.

Once all the berries have popped, reduce the heat to medium low and cook until the sauce is soft.  It should be about fifteen minutes.

Dust your sauce with salt ½ teaspoon (or a light pinch) increments.  You shouldn’t taste the salt in your sauce, but you’ll find that it adds depth to the sweetness and tempers some of the sour flavors in the cranberrys.

Take a teaspoon of your sauce from the pan and place it on your chilled ceramic plate.  It should turn to the consistency of jelly almost instantly, but if it doesn’t, allow to cook for another five minutes and test again.  Repeat until you hit the consistency you want.

Presentation for this is easy.  Let it cool for about fifteen minutes in the pan (with the heat off).  Spoon it onto a platter and chill in the fridge.  Once it’s cool enough to touch, press plastic wrap all around your sauce to keep it from drying out.  If you want to get fancy, garnish with chopped mint.

You wouldn’t think it, but pie dough often determines whether or not your pie is going to be tasty.  The best filling in the world means nothing if it’s served in a bowl of cardboard flavored flour and water.  This recipe is a solid base for any sweet pie you’re interested in making. 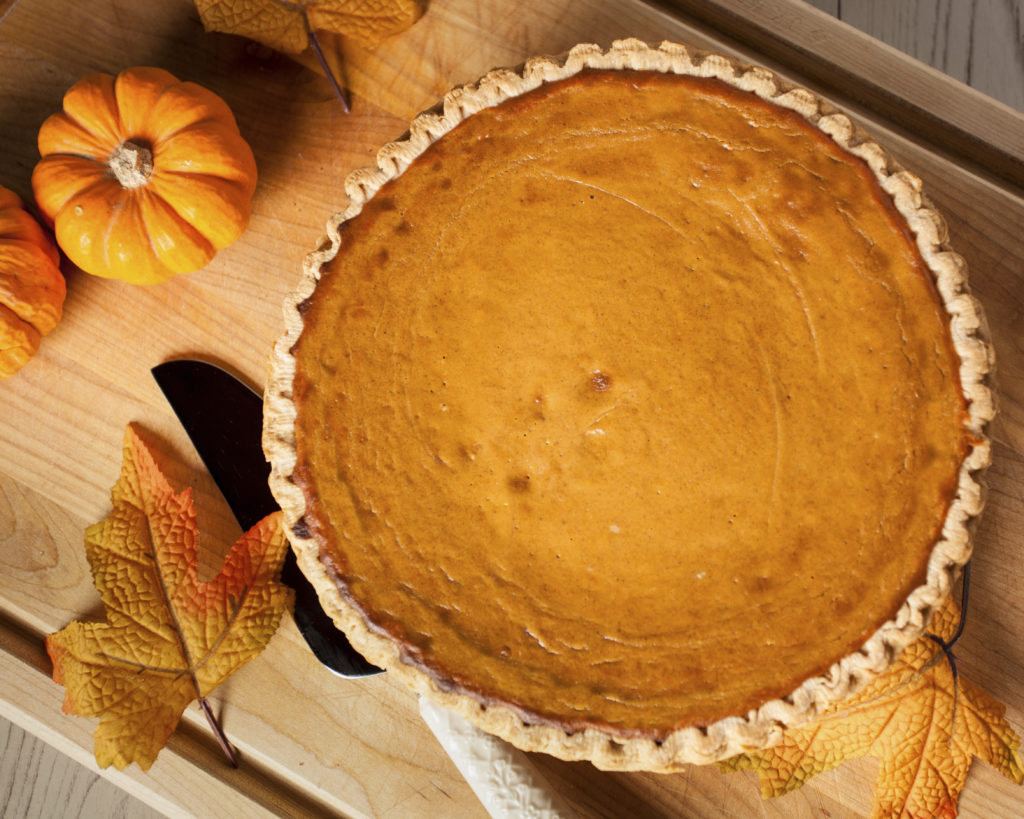 3 oz ice water (with a cube or two still floating around in it.)

Using a fork or a whisk, thoroughly mix the flour, salt, and sugar together in a large bowl.

Put your cubes of cold butter in to the bowl and, using just your fingertips, mush the butter into the flour.  Most recipes will tell you to do this until it takes on the consistency of coarse sand, but what you’re really looking for is “coins” of butter.  Not so big they’ll leave gaps in your crust, but not so small you won’t give your crust the flaky lift that you’re looking for.  It should take between five and ten minutes.  (*Note, if you have naturally warm hands, you’ll want to wear latex gloves, or chill your hands on a bowl full of ice before starting, because you want to keep that butter cold.)

Drizzle around half of the ice water (but not the ice) into your bowl and toss until it is absorbed.  Drizzle half of the remaining ice water, and repeat.  If the dough is still dry and doesn’t hold together, add the rest.  The absorption rate of flour varies from bag to bag (there’s nothing they can do to fix this) so you might need slightly more or slightly less water than the recipe calls for.  Use your judgment, but always err on the side of dry.  You can always add more water, but you can’t take water away.

Form your ball into a fat disk about 1.5 inches tall and wrap in plastic.  Let refrigerate at least 3o minutes.

Roll flat  (I like my pie crusts between 1/8 and 1/4 inch thick, but tastes vary) and drape into a pie pan.  Then fill with whatever you like.  For Thanksgiving, I like to combine a can of pumpkin puree, a can of evaporated milk, two eggs, ¾ cup sugar, 1 t salt, and my pumpkin pie spice (ginger, clove, cinnamon and nutmeg), but you can really bake anything into this crust and it will taste pretty good.  Just make sure you poke holes in the bottom of the crust with a fork (docking) before you fill it!

While the above two should have you set if you’re a guest at a party, what if you’re the host?  Surely you’ll be expected to roast the turkey!  While there are a lot of tricks you can try to make the perfect bird, there’s one that works every time without fail, and that’s brine.  Soak your bird overnight in this  concoction, and it’s almost guaranteed to be juicy and delicious after you roast it. Add all of this into the biggest stock pot you own (big enough to hold your turkey) and fill it with two to three inches of warm water.  Bring to a boil, drop to a simmer, and let cook for about twenty minutes.  You’re basically making a tea, so the water will turn a fairly dark green color, but that’s okay.  It shouldn’t be at a rolling boil though–only a light bubbling (or a “champagne simmer”).

When twenty minutes is up, carefully add ice water (with ice) to the stock pot until the water is at least bath water warm.  Put your turkey in, then add more water until the bird is fully submerged.  If the bird decides to float on you, put a smaller lid on top of it, and then weigh it down with an unopened can of soda or two.  Cover your stockpot and put it in the fridge overnight (though a full 24 hours would be better)

Follow basic roasting procedures (everyone’s is different, but with a brine it doesn’t really matter too much).  One word of caution:  Don’t put stuffing in your bird.  Not only does it dry the meat out, but it’s really tough to get that stuffing up to 165, which risks giving everyone salmonella poisoning.  Plus it’s a pain in the neck.  Instead, peel and cut two onions and two apples into quarters and stuff them into the cavity as best you can.  They’ll steam and eventually leak juices inside of the bird, basting it from the inside out.  Instead of making your turkey drier, it will make it even moister!