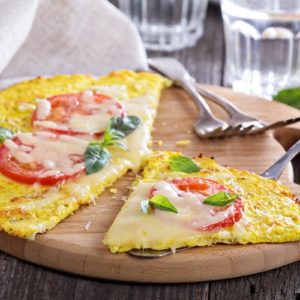 Though originally created in Italy some centuries ago, pizza has become a true staple of American cuisine, right up there with hamburgers and apple pie. That would explain why, according to Statista, there were 73,097 pizzerias in the U.S. as of 2014. Several such pizza joints have set up shop across Boulder, Colorado, where chefs of all skills and backgrounds have offered a decidedly unique spin on this old-world classic. So, whether you’re a Boulder culinary graduate looking for a job, or just a fan of cheese and dough, there are plenty of opportunities for pizza in this picturesque town.

Here are just a few that should become your instant favorites:

1. Backcountry Pizza & Tap House: As you might have guessed from the name, Backcountry Pizza fashions itself just like a quaint, rural farmhouse, where friends gather for great meals and to share one another’s company. Despite the air of comfort, the staff at Backcountry take pizza making quite seriously. In addition to the build-your-own option, the restaurant’s specialty pies include the Mr. Pesto – which features the aforementioned sauce and fried chicken – the meat-heavy The Works and an entirely vegan pizza with spinach, garlic and Roma tomatoes. And since no pizza is compliment without wings, try one of the restaurant’s dozen or so flavors, like Asian and honey mustard. Or, opt for the healthy option with one of six specialty salads.

2. Basta: On its website, Basta claims to be a champion of change, noting that the chefs modify the composure of the pizza dough and even the more basic ingredients they use as the weather changes. It’s that kind of commitment to culinary exploration that exemplifies Basta’s intriguing selection of artisinal pizzas. That lineup includes the Cart-Driver – a medley of sausage, kale, chili and fennel pollen – a traditional white pizza with fresh ricotta cheese, another pie in which arugula is the focus and the Summer, which pairs charred leeks with salame toscano. If you ever find yourself not in the mood for pizza, though, Basta also serves up hanger steak and lasagna. Basta also has a sizable collection of signature cocktails and wines.

3. Pizzeria da Lupo: Though this eatery is thousands of miles from the heart of Sicily, Pizzeria da Lupo takes an authentic approach to pizza by cooking in a wood-fired oven. From that traditional method they spin in unique ingredients – baked farm eggs, scamorza, Calabrian chiles and bresaola –  to create pies that are both gourmet and yet distinctly traditional in nature. The specialty pizzas include the Salsiccia – in which sausage and ricotta are sprinkled with chili flakes – a fresh new take on the traditional Sicilian pie and the Emilia-Romagno, which features garlic, basil and shaved prosciutto. Perhaps Lupo’s biggest drawing option, though, is the Italian Vacanza, a rich margarita pizza paired with a seasonal red or white wine.

4. Proto’s Pizza: Back in 1999, chef Pam Proto started up her namesake restaurant for one key reason: She missed the thin crust pizza made famous by her hometown of Boston. Though the first restaurant in Boulder – there’s now six locations across Colorado and Idaho – originally served slices, Proto’s has since begun to offer full table service. Unlike many of its competitor’s, Proto’s prides itself on making Neapolitan pizza, which emphasizes the use of brewer’s yeast and loads of protein. Even with the traditional roots, Proto’s has several slightly wacky offerings as well. For instance, there is the Sour Kraut, which features Polidori sausage, pepperoncinis, sauerkraut and a homemade Dijon mustard sauce. Or, try the Low Rider, which combines bacon and pineapple with a honey tomato chipotle sauce.