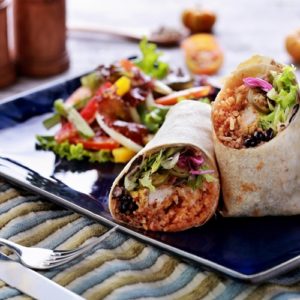 Boulder is home to a slew of great breakfast spots.

There is a reason many people call breakfast the most important meal of the day. Eating the right combination of foods can have a sizable effect on your energy levels during the day. And what better way to kick off a morning than by visiting a diner, of which there are many in and around Boulder, Colorado. Given the sheer number of graduates from Boulder culinary school, residents regularly enjoy some extra tasty dishes, from simple oatmeal to fluffy pancakes and tasty omelets.

Regardless of what is on your plate, be sure to check out these breakfast spots in Boulder:

1. Lucile’s: This quaint eatery has served the Boulder area for over 35 years. Housed in a small Victorian house, the restaurant is something of a family tradition, run by Lucile and her daughter. Unlike other local breakfast diners, Lucile’s is inspired by the Creole tradition, a cultural heritage that features traditions from France, Africa and Spain. As a result, they have several dishes with some rather unique spins. That includes Eggs New Orleans, which features Creole sauce – a spicy tomato blend – and hollandaise sauce, and the Cajun Breakfast, a tasty medley of eggs, grits, ham and red beans. Lucile’s is also noted for its Cajun-inspired side dishes, a menu that features collard greens, blackened salmon and Les Zydecos, or garlic butter green beans.

2. Snooze: In just eight years, Snooze has had quite the successful run, recently expanding into markets in California and Arizona. However, its first restaurant in Boulder is the definite hub, where staff and owners have attempted, in their words, to change how people experience breakfast. That commitment to pushing culinary boundaries is certainly prevalent in Snooze’s sizable menu. Items include a pot pie served with rosemary sausage gravy and fried eggs, and hash browns covered with melted and Jack cheese with fresh scallions. There is also a huge sample of omelet plates, including the “Bella! Bella! Benny,” which features prosciutto, Taleggio cheese, cream cheese hollandaise and perfectly poached eggs. Don’t sleep on this exciting breakfast eatery.

3. Walnut Cafe: With two locations in Boulder – in downtown and the other on the south side – Walnut Cafe serves a wide swathe of city residents. Though the restaurant opened in 1983, current owner, Dana Derichsweiler, took over 1985, and since then has made the cafe a local mainstay. Part of that success is that both cafes – plus a smaller location in Lafayette – heavily feature gluten-free and vegan options. There are plenty of tried and true breakfast staples that comprise Walnut Cafe’s menu. Those items include several kinds of breakfast burritos – like the one featuring cilantro and chicken – a quiche platter, vegan egg scrambles and the Sunrise Sandwich, which is scrambled eggs served on rosemary olive oil bread. For a pick-me up, the cafe also features tons of coffee options, namely caramel lattes, chai tea and a vanilla Florentine.

4. Le Peep: Though it’s a national chain, Le Peep does something especially novel. Franchise owners are allowed to customize much of their location’s menu, making each cafe unique from one another. However, it’s the combined work of the various owners that has helped create a core menu that furthers the Le Peep aim of being a “kaleidoscope of cooking creativity,” according to the official website. Some of the options on Le Peep’s menu include Gooey Buns – an English muffin coated with sugar, almonds, cream cheese and apples – and an egg sandwich made of two pancakes. Le Peep is also noted for its pancakes and waffles, plus the stuffed French toast that features a signature blend of vanilla ricotta and cream cheese. Many dishes are also noted for being low-fat or gluten-free.