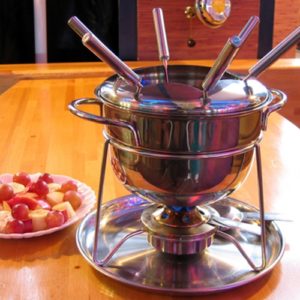 The Melting Pot may be adding two new restaurants in Texas.

Students of chef schools in Texas may be receiving several new locations to enjoy on their nights off. The Dallas Business Journal has reported that The Melting Pot, Inc., a company which manages restaurants by the same name, is eyeing expansion by adding two new restaurants in North Texas. The company runs eateries that offer an affordable fondue dinner experience in a casual setting. The management already owns and operates two locations in Arlington and Addison, but it seems that demand is warranting the addition of two more.

The restaurant chain’s management announced in early February that it would be seeking franchisees to back the construction and opening of the two new locations. While venues have not yet been firmly locked down, it seems that the Dallas-Ft. Worth area is leading the search for potential areas for expansion. In speaking with the Dallas Business Journal, Dan Stone, who serves as the vice president of franchise development for Front Burner Brands, indicated the company’s interest in this area.

“Given the size of the Dallas and Houston metro areas and the demand for high quality dining we know exists there, we look forward to expanding our presence in the state so that we can provide our unique fondue experience to even more guests,” said Stone.

Franchisees have not yet been announced for the two new locations, but it seems like a relatively safe bet that they will enter the ring sooner than later. The Melting Pot currently operates over 130 franchises across the nation, according to it’s website. With that sort of expansive brand base and more than 30 years of experience behind the eatery, the investment opportunity may be ideal for culinary entrepreneurs in Texas.