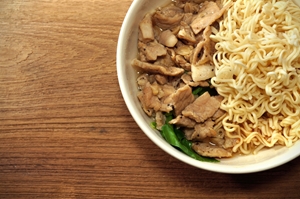 Culinary art school students in Denver may be sad to hear of the most recent restaurant closing in the area. According to Denver Eater, Twelve has officially closed its doors as of Saturday, Aug. 23. The decision to close the restaurant, which has experienced considerable commercial success since opening in early November 2008, has come as a surprise to many.

Twelve has become famed in the Denver culinary scene for it’s frequent, monthly menu changes after which the restaurant is named. Head chef Jeff Osaka has packed the dining room routinely for over half a decade with his incredibly varied offerings. According to Eater, Osaka served over 1000 different dishes during his tenure there. Osaka himself indicated to the Denver Post that the move is motivated by growth into the next phase of his career.

“I love this neighborhood. It’s been incredibly good to me,” Osaka told the Denver Post. “But while the restaurant has experienced tremendous growth, our restaurant has just 40 seats in the dining room and just ten seats at the bar, and we’ve gotten to the point where we just aren’t large enough to accommodate as many guests as we’d like.”

While patrons of the acclaimed establishment are sad to see it go, they can take some repose in the fact that Osaka is immediately moving on to new ventures in the Denver area. Osaka Ramen, the chef’s next project, is slated to open on Walnut Street this coming winter and will feature Osaka’s takes on Japanese noodles and other Asian cuisine. As for the future of Twelve, early reports indicate that the chef will open the restaurant again, though that is expected to come after he’s established several locations of his forthcoming ramen concept.

The Denver Post has reported that the space formerly occupied by Twelve at 2233 Larimer Street will be occupied again soon. A butcher shop and retail store dubbed Butcher’s Bistro will be moving in sometime in October.