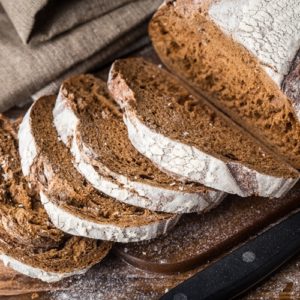 Fresh baked artisan bread is a delicious way to pull a meal together.

Despite the continuing popularity of diets that require one to eschew carbohydrates and gluten, it’s a great time for those who appreciate high-quality bread in their meals. As Nation’s Restaurant News reported, many restaurants are including artisanal bread on their menus. Often,restaurants even prepare loaves or buns in-house to suit their particular food and beverage offerings. The graduates of culinary arts programs will have an advantage if they understand the current role of bread in restaurants and discover exciting ways to make use of these fresh-baked flavors.

What makes bread artisanal?
While the category of artisanal bread can cover a wide range of loaves, there are some key features that set the products crafted in small bakeries apart from mass-produced varieties. The New York Times explained that artisanal breads tend to have open cell structures, meaning the inside of the bread has larger, irregular holes. The loaves take on inconsistent shapes depending on variables like the grains used, moisture levels and development of bacteria. Further, the crust is often thicker, the texture chewier and the taste stronger than what you find on most supermarket shelves.

“We get asked frequently, ‘Is this supposed to look like this?'” said Endriss. “They get it when they eat it.”

Some specialized vocabulary comes with the greater focus on technique and ingredients. Bon Appetit offered guidance in understanding some key terms. For instance, the crumb is the inside of the loaf. If bread is made with ancient grains, that means it uses ingredients like buckwheat, spelt or Kamut instead of modern wheat, which some believe makes it more natural and healthier. Hydration is the relative amounts of liquid and flour in the dough, with high levels hydration resulting in chewier bread. In-house baking
Preparing dough and baking bread creates more responsibilities for already busy kitchens and adds expenses to often-strained restaurant budgets. However, in-house bakeries do offer some definite benefits. Star Chefs pointed out that while instituting a bakery may cost more than simply buying bread, it also makes a restaurant more impressive and appealing to consumers. Baking bread gives off an inviting aroma and serving up a loaf can make an excellent first impression.

Restaurant groups can develop a cost-effective arrangement by centralizing the breadmaking for several establishments at a single bakery. For example, according to Food Republic, Superba Food and Bread in Los Angeles produces its baguettes, pains au levain and sandwich bread for multiple locations.

Some restaurants make up for the expense by charging for bread rather than serving it for free. At Girl & the Goat in Chicago, customers can choose to purchase one of three seasonal bread varieties like Nutter Butter, featuring brown butter and smoked pecan tapenade, or Johnny Applecheese, with chili cheese butter and malt oil. The Boston Globe explained that charging for bread both allows restaurants to serve higher quality products without losing money and prevents needless waste.

Making a staple essential
Restaurants are developing new and intriguing variations to incorporate bread’s more complex flavors and textures. For many chefs, it’s not enough for bread to simply hold together a sandwich or mop up the remnants of a bowl of soup. Instead, they find creative ways to make artisanal loaves an important part of entrees, contributing to the overall taste and presentation.

Zagat listed some of the best uses of bread in U.S. restaurants. Juniper and Ivy in San Diego serves wild mushroom monkey bread with roasted apple butter. Weights and Measures in Houston offers bread pairings from its in-house bakery, such as chicken liver with either toast or cranberry walnut bread with pea and Parmesan spread. In a particularly spectacular turn, the bread course of a tasting menu at Cleveland’s Trentina consists of an Italian yeast bread called filone which is to be spread with the fat from edible beef candles.

Whether you are assembling elaborate cheeseburgers on a pretzel bun or crafting the perfect combination of focaccia and oil, the thoughtful use of bread can become a major asset to your culinary skills. Try experimenting with different types of bread and food and drink pairings to develop a unique angle that diners will remember.