Earlier this week, I discussed what you can do if and when you hit the first stumbling block on the way to your dream.  In it I talked about how I’m not going to be kept on at 5280 Magazine, and the steps I took to cope with that fact and what you can do if you ever find yourself in a similar position. 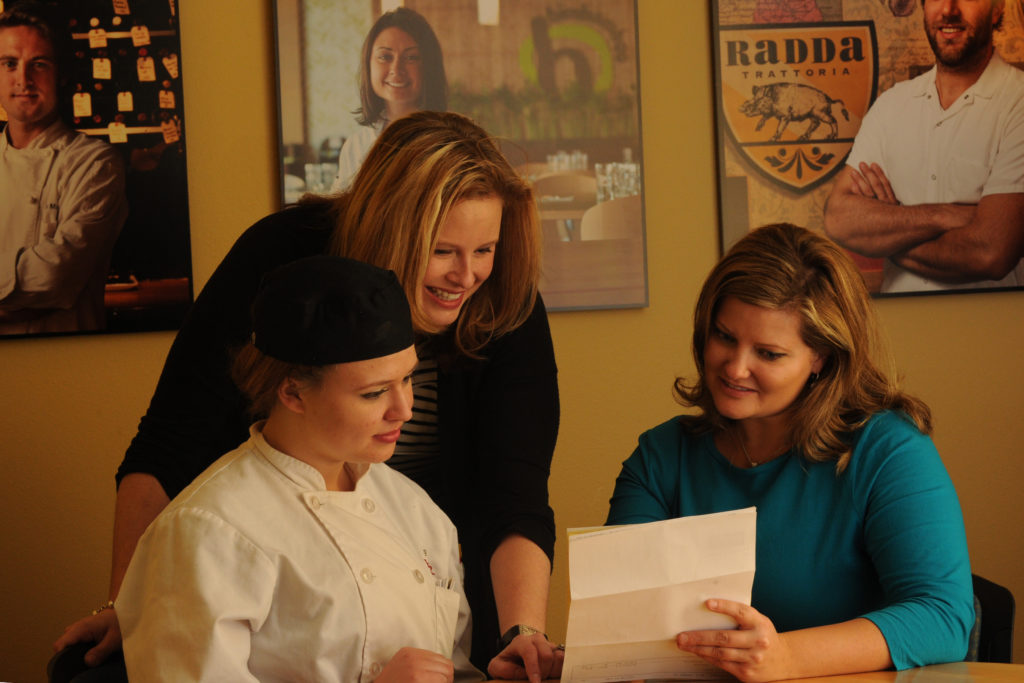 First of all, I have good news:  While I’m not being kept on in a full-time capacity, they are keeping me on as a freelance writer, so my food writing career hasn’t “hit the skids” so to speak—if worse comes to worse, I can have a day job and keep writing so that my dream doesn’t die AND I can pay the bills.  Second (somewhat unrelated) is that my wife Tressa got a promotion at her job with the TAG restaurant group, and so we’ll have extra funds coming in during these harder times.  (She really is the bomb.  One of these days, I’m going to do a blog entry solely on her.)  Third, Chef JC helped me get the attention of Dining Out Magazine, because that guy is the French Superman.

That being said, one of the most interesting things to come about as a result of this crisis is the reaction I got from the staff at Auguste Escoffier Boulder.  But before I go into that, let me give you a little bit of my own background with regards to people in authority helping out in a crisis.

So when I was in the Navy, my wife broke her pelvis in an accident while overseas for a training program.  The help that we got from them during this crisis was painkillers and a ticket home.  It wasn’t until almost a week later that the broken bone was actually identified in an x-ray.  She got no time off work, and very little in the way of support.  Not only that, but because we were only engaged and not married, I had no way of finding out whether or not she was even still alive while she was still overseas (a fact that encouraged us to move our wedding date up by an entire year). My point in telling you this is that when Escoffier says things like “we’re here to help you succeed” and “students come first,” I sort of took that as just a bland platitude.  Entirely unfair to the school, but that’s the environment I was accustomed to—the Navy always “puts its sailors first” (or so they told us quite often) but in our case, that wasn’t the case.

Anyway, I posted my article earlier in the week, partly to vent my own panic, and partly because I genuinely wanted to put some advice out there for anyone freaking out because they can’t find work.  It’s not an easy road, and I never had advice, and I wanted to throw some out there.  It wasn’t really meant as a cry for help or anything like that.

A half hour after I posted it (before it even published to the web-at-large) Chef Kirk Bachmann, President of the Boulder campus, emailed me personally to find out if there was anything the school could do to help.  I told him “not at the moment,” because as of last Monday, I had two weeks left and I wanted to try to find something on my own first.  He went ahead and took action anyway, and an hour and some change after I posted the article, Pamela Palmer, head of Career Services, had sent me some job openings in Boulder that I might be interested in. I’m not writing this to guarantee you any kind of treatment if you come to Escoffier, or even to try to sell you on the school.  I’m simply reporting an actual thing that people in actual authority did for me (even though I asked them not to), only because they’re good people and they want to see me succeed.  If you’re still young, there’s a fair chance you don’t know how unbelievably rare that is in the world.  Chef Kirk, Pamela, Chef JC, and the rest of the staff at Escoffier deserved some recognition, and this is one of the few avenues I have available to do that.

So thanks Escoffier Boulder. I really appreciate it.