Blog > Culinary Arts > Get Chip To These Spots: The 4 Best Spots For Nachos In Boulder 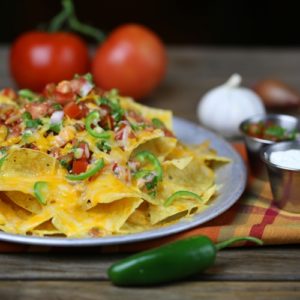 Boulder has some great places for mile-high plates of nachos.

Christmas isn’t for another month or so, but you could make the argument that right now is an equally wonderful time of the year. That’s especially true if you’re a sports fan, as basketball, football and hockey are already in full swing, making the long march to this spring’s eventual championship games. In the meantime, that means sports fans – or just enthusiastic culinary students – can enjoy one of the true staples of the athletic menu: nachos. Boulder is chock full of bars and restaurants serving up crispy, gooey piles of nacho chips. Here are the six you need to check out – before or after the big game.

1. Verde: As far as Mexican restaurants go, Verde offers one of the largest overall selections in the city. That includes taco salads, fajitas, enchiladas and a bevy of bountiful burritos. If you’re in the market specifically for nachos, though, you can’t go wrong with Verde’s signature plate. After starting with fresh, homemade chips, Verde chefs pile on shredded Monterrey jack cheese, onions, tomatoes, black beans, sour cream guacamole, jalapenos and sweet peppers. You can get your nachos roasted to order and served with either chicken, grilled vegetables, machaca or carnitas. You can enjoy your plate of nachos with one of Verde’s signature drinks, like the lime-heavy Selena or the bourbon mixture called The Tombstone.

2. Walnut Brewery: Walnut Brewery takes the art of crafting beer very, very seriously, and it shows throughout much of the restaurant itself. Its commitment to beer is the reason it’s won so many awards over the years. Perhaps the biggest such award came in 2010 when it won the gold medal in the “English-Style Dark Mild Ale or Brown Ale” categories. Yet the staff of Walnut Brewery are no slouches when it comes to food. Among standard bar offerings like pretzel bites and buffalo wings, Walnut Brewery serves up its signature Pub Nachos, a huge plate of perfectly fried chips covered in black beans, chicken, tomatoes, cilantro, red onions and a side of homemade salsa.

3. Si Senor! Real Mexican Food: In case you hadn’t guessed by the name, Si Senor! is one restaurant committed to authentic, hand-crafted Mexican food, albeit with a slightly whimsical approach. That dynamic is exemplified by the restaurants’ three nacho-related offerings. Try something a little more straightforward, like the Santa Fe Nachos, with yellow corn chips drenched in beans, cheese, sour cream and guacamole. Or, go for the Nachos Supreme, which swaps in larger chips and adds in lush heaps of ground beef. And why not finish your meal by having nachos for dessert? The Ice Cream Nachos are actually fried tortillas topped with creamy vanilla and strands of gooey caramel.

4. Native Foods Cafe: Though it began in Palm Springs, California in the early 1990s, Native Foods Cafe doesn’t see itself as strictly a California restaurant. Or even a Boulder restaurant for that matter. Instead, the cafe operates as a representation of the world itself, having mixed the cultures and cuisines of people from Mexico to East Asia into one warm and tasty amalgamation of ingredients. While the menu is filled with items like the Bangkok Curry Bowl and Portobello and sausage burger, it’s the Native Nachos that best exemplify that multi-cultural approach. The handmade chips feature not just standard black beans and onions, but also roasted corn, cilantro chipotle sauce and Native Cashew Cheese. You also have the option to add on Native Seitan Taco Meat or BBQ Native Chicken.