Blog > Culinary Arts > Trends in Art and The Culinary Industry

In any artistic industry, one of the more frustrating things for those trying to break in is the development of trends.  For artists with a unique vision of their medium that they’re trying to get in front of people, not fitting into what is currently popular makes it hard for people to take notice.  Those with an appreciation for a current trend are, sooner or later, stymied when that trend disappears and the next one takes its place.

My parents (maybe your grandparents, depending on your age) saw disco come and go.  ‘90s teens saw the rise and fall of grunge.  In the culinary industry, we’ve recently seen the cronut and the dizzying effect creating a trend can create for you and your business.  It puts restaurateurs in an interesting position because, in addition to all the things you have to do in order to run a successful restaurant, you also have to read up on industry news in order to see where the trends have been and where they might wind up going.

As a beer critic, I’ve been neck deep in this experience for the past several months.  Many (myself included) are predicting an end to the era of big hops.  Luckily, I consider this kind of research fun, but I’m not a professional brewer.  The guys down on the brewery floor every day no doubt find it frustrating that they have to be bothered with research when all they want to do is brew amazing beer. 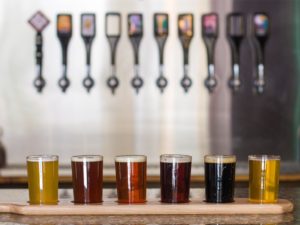 This is also felt poignantly in the kitchen.  All most cooks and chefs want to do is make good food—it’s pretty simple.  Sure, the entrepreneurs among them also want to make money and keep their business afloat, but many chefs do that because they want to make their own artistic vision come to life without a supervisor getting in the way.  The last thing they want is some dorky critic (guys like me) telling them what they should be doing.

Unfortunately, trends aren’t going anywhere, mostly because they exist for a reason.  In any art where one of the ultimate points is to make money, the artist has to keep an eye on what people like and what critics are saying.  One bad review can torpedo a restaurant pretty quickly, and now that we live in the days of Yelp,every customer is a potential critic.  A great time to be a consumer, a rough time to be a visionary artist.

Fortunately, some artistic media has “classics.”  Products that people will like no matter what, so long as they’re executed properly.  New bands cover Led Zeppelin songs.  The movie industry puts out ‘splosion-fest action movies.  The Culinary Industry has a plethora of classic dishes that people will like no matter what.  Put a chocolate croissant in front of me and you’ll never hear me complain, no matter the presentation.  Hand me a plate of pierogies, and I’ll shut up and enjoy myself every time. This is one of the aspects of the education you receive at Auguste Escoffier that puts you several steps ahead of the curve.  Sure, they teach molecular gastronomy and some of the other, newer trends that have cropped up in the past ten years.  But the focus is primarily on the classics.  Why make liquid nitrogen ice cream when you can’t even make a crème anglaise?  Why focus on making peanut butter bacon powder when you struggle to cook the bacon in the first place.

And it’s impossible to know what’s going to be popular down the line.  When we worked with Bavarian cream in the Pastry Arts program, many in my class (myself included) were frustrated because it’s a difficult dessert to perfect, and it’s not something you often seen in restaurants, so what’s the point?  Why all the frustration when you’re probably never going to have to make a Bavarian cream ever again?

In five, ten, fifteen years, Bavarian Cream might be the new “it” dessert, and you might be knocking out dozens if not hundreds a night.  Maybe your pastry chef will get it in his head to make Bavarian Cream popular again.  Maybe you’ll be working for a catering company who has to make 500 desserts for a German car manufacturer, and a three chocolate Bavarian is the owner’s favorite dessert?.

Whatever situation might arise, being well-versed in the classics puts you ahead of the average cook.  Every piece of knowledge that you have that saves your chef ten minutes of training time is one less frustration you’ll cause in the kitchen.  And if you become enough of a big shot in the industry, you’ll be influencing trends such that you can make your artistic vision the new trend.  Rather than riding the wave, you make the waves.  And you’ll be grateful that you had this bedrock of education to keep your feet on the ground while you do it!