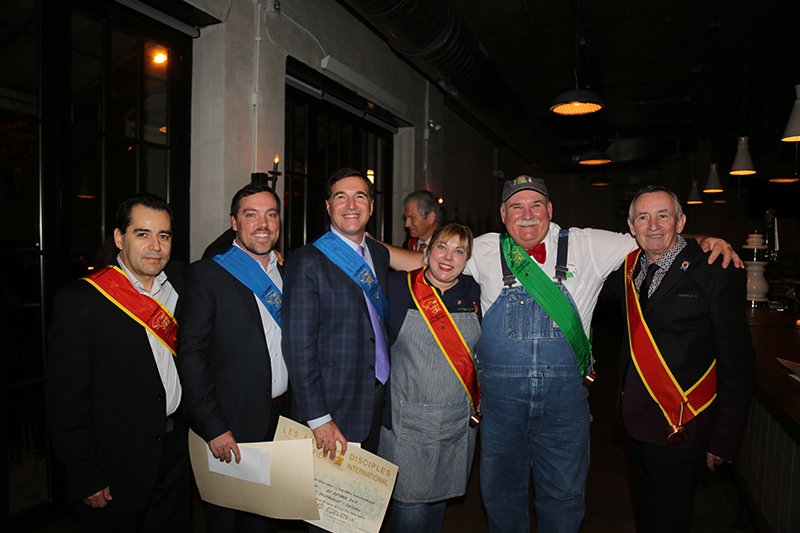 Amongst the newest disciples are some of the Midwest’s most influential culinary leaders– Chef Sarah Grueneberg, chef and owner of the critically acclaimed Monteverde Restaurant and Pastificio and James Beard Award winner; prominent agriculture sustainability figure and owner of Chef’s Garden, Farmer Lee Jones; and Bernard Mirlycourtois, French chef, restauranteur and culinary educator. Additionally, the following members of Escoffier School of Culinary Arts’ executive team, faculty and board of directors were also inducted for their significant contributions to culinary education: Jeff Larson, chief admissions and development officer; president of Crossover Advisory Services and Escoffier Schools Board of Directors member, Chas Edelstein; and Cesar Herrera, chef educator and restauranteur.

The partnership between the Auguste Escoffier School of Culinary Arts and the Disciples d’Escoffier International was established on the collective initiative of honoring the memory of French chef, restaurateur and culinary writer Auguste Escoffier, preserving his legacy and sustaining the culinary traditions in which he started.

In recent years, they have inducted a number of prominent American culinary figures whose careers reminisce the late chef’s legacy and commitment to excellence and artistry. Other notable American members include chefs Thomas Keller, Jeremiah Tower and Elizabeth Falkner.

In the past, a visit from a food critic caused res