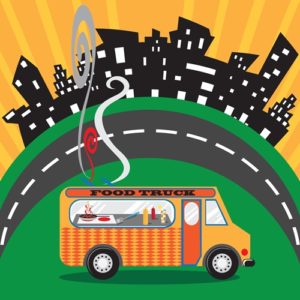 As Austin culinary arts school students may be well aware of, Austin’s food truck scene is thriving. The city is home to a growing mobile food movement, and and an estimated 2,000 vendors are expected to fill the streets by autumn 2014. A new addition to the scene is GoodLife Food Park – a gathering place for those who want to indulge in tasty fare among an upscale urban setting.

According to CultureMap, the food park will be located at the corner of East Cesar Chavez and Interstate 35, the entry point for the East Austin neighborhood. GoodLife is the brainchild of Garry Wise who, along with his wife Krisstina, own a realty company by the same name – an enterprise Wise says is aimed at beautifying the once rundown neighborhood. The two have had their eye on the property for several years and finally made the purchase on March 7. The couple immediately moved forward with the food park project, which they hope will lead to a clean and attractive place for residents to taste local flavors.

“We want to offer the same services to East Austin that the rest of the city has access to, and part of that is good food,” Wise told CultureMap. “And we thought that now that we had this land, let’s offer it to the community what we want for ourselves, which is a place to find really great food and to be able to sit and eat with the people who live and work in East Austin or downtown.”

Austin culinary arts program students will be interested to know that GoodLife is currently accepting applications from area vendors. There’s room for 17 trucks; however, there will likely be fewer than that. The precise number that will be allowed to serve at one time is still being determined, but the aim is for quality and diversity rather than quantity, and patrons can expect to see different trucks cycling in with each new month. The team is conducting tours at mobile restaurants to determine which establishments will get in.

“We’ll move food trucks in there slowly, and we won’t take in everybody,” Wise said. “We’re not looking to have seven different food trucks that all sell tacos.”

He also noted the importance of catering to all appetites, whether people want greasy burgers, vegetarian dishes or health foods.

“One thing that we’re focused on is we want to offer several, very healthy options as well,” Wise said.

Cleanliness is another major concern to the Wide couple. Many food parks are located atop gravel or dirt that can become mucky, particularly after it rains. So they’ve opted to cover the landscape with wood chips. The park will also offer features such as live musical entertainment, a children’s play area and on-site parking. Wise expects to have a soft opening for GoodLife Food Park on June 1.