Blog > World of Food & Drink > What Is Fusion Cuisine?

You may have heard the term “fusion” amid culinary circles or seen “fusion cuisine” in restaurant marketing. But what is fusion food? Let’s look at fusion cuisine’s roots, the state of the movement now, and what we might anticipate for this trend in the coming years.

Essentially, this catch-all term means bringing together ingredients from different cultures and merging recipes. This technique of joining culinary forces offers truly novel flavor combinations and unique menu offerings that customers can’t find elsewhere. Fusion food has a complex history whose origins can’t be easily pinpointed. It has likely been around for centuries, as long as humans have been exchanging facets of their culture.

Many dishes we know today as belonging to a certain culture actually originated from an entirely different family of cuisine. For example, spaghetti, The Smithsonian has pointed out, was perfected by Chinese chefs before it ever made its way to Italy (and tomatoes were only added to European cuisine after colonizers reached North America.) French chefs in larger cities started combining Asian foods in some of their dishes in the 1970’s, beginning the Asian fusion movement so widely popular today. These chefs found the bolder spices of particular Asian cultures – typically Chinese and Vietnamese – to balance the creamy richness of their dishes, which were heavy on cheeses, doughs, and oils.

Chinese-American fare has been around for quite some time and is perhaps one of the longest-standing examples of fusion cuisine in the U.S. It’s thought to have originated in San Francisco in the late 1800’s, as Chinese foods in the U.S. were developed to suit the middle class American palette.

One of the earliest Chinese dishes to be “Americanized” was chop suey, a combination of meat, eggs, and vegetables that can be cooked and served to hungry patrons relatively quickly. What many Americans consider to be “Chinese food” would likely never pass the test of authenticity in China. General Tso’s chicken, crab rangoon, egg foo young, orange chicken, and fortune cookies are just a few of the items you’d likely not find on a Chinese food menu in China.

Mixing cuisine styles takes incredible finesse and a mastery of the individual types of cuisines on their own to start. Let’s look at some of the ways culinarians can be successful at making fusion foods.

True innovation requires a firm foundational knowledge. Having some culinary education – whether in the form of a degree or diploma, or through local or online coursework – can help you navigate the kitchen more adeptly, decreasing the effort spent figuring out basic tasks and increasing the time you have to get creative with your ingredients.

Fusion cuisine calls for passionate experimentation, but also a thorough understanding of which flavors and mouth feels pair best together. Research is an important piece of the puzzle with fusion cuisine. Knowing your ingredients inside and out can help you make the right combinations and avoid making something truly inedible. Research chefs like Robert Danhi specialize in doing deep research on global cuisines and then experimenting with flavor profiles to create something unique. 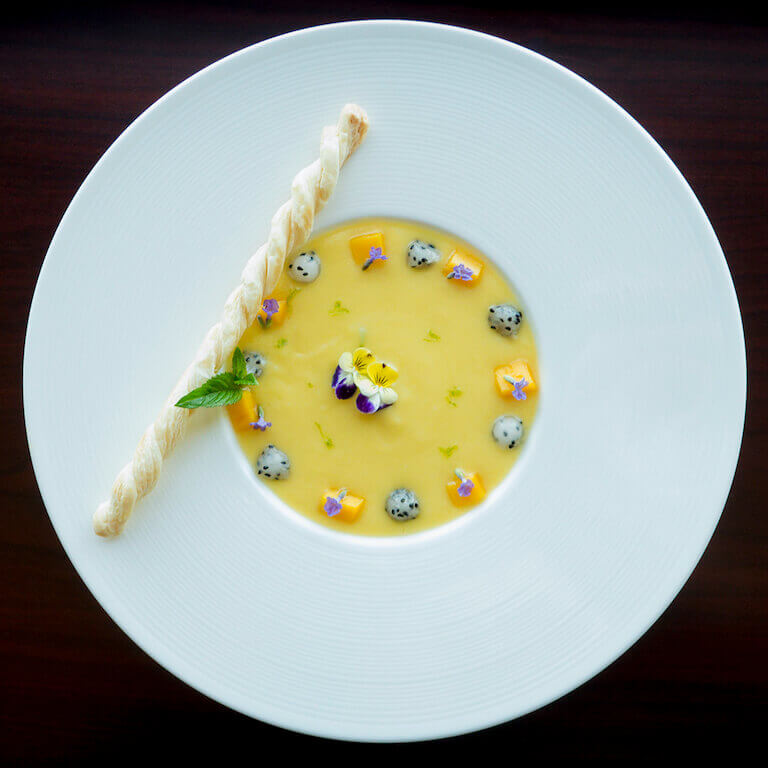 Be Willing to Try New Things

This is often the most fun part for crafty culinarians! Trying out new combinations and seeing what works – and what doesn’t – is at the heart of fusion cooking. After all, who would think Korean BBQ chili or a s’mores taco would be a hit? The key is in the experimentation!

Accept Failure as Part of the Process

Of course, trying necessitates occasionally failing. If you’re breaking into the world of fusion foods, you’re going to have quite a few flops along the way. Simply put, not everything that you think will pair well together will actually pair well together. Instead of beating yourself up over a failed dish, consider it a learning opportunity. Assess where the mistakes were – did you use the wrong seasonings? Did you try to mix savory and sweet in a way that didn’t work? Did you miss the mark on texture when you focused too much on flavor? Keep in mind that you can learn as much from a failure as you can from a success. “I’m interested in students making mistakes. I try not to structure it too much and say that a recipe has to be a certain way. I instead try to educate students to not get so stuck on a certain recipe. You want to follow them as a guideline, but you don’t want to be a robot when you’re cooking. Making mistakes is how you learn.”*
Emily Maddy Escoffier Chef Instructor

Ingredient and equipment distributor PreGel provided a reminder of the “con-fusion” era of fusion food during this cuisine’s mainstream boom period in the 1990s. Some chefs looking to tap into this trend and customers’ appetites for it focused more on unexpected flavor combinations than effective combinations of them.

This led to less than stellar results, which discouraged some chefs – and diners – in terms of fusion food. This understanding of what’s truly important in terms of fusion cuisine, taste as opposed to novelty, can serve current and future chefs well as they look to develop their own recipes. Present day fusion includes all sorts of eccentric combinations, many of them on the menus of sophisticated fusion-branded restaurants. Even one-off individual items can be considered fusion, like the Cronut®, a pastry made of croissant dough and formed in the shape of a donut. Then there’s the pretzel dog, which is simply a hot dog wrapped in soft pretzel dough instead of a plain bun. From taco pizza to sushi burritos… fusion is found all across the culinary landscape.

Context is vital when it comes to a successful fusion recipe. If you know what the customer base at your restaurant enjoys and can create fusion recipes accordingly, you’re off to a great start. As the world continues to “get smaller” through advances in transportation, technology, and accessibility to regional ingredients, fusion restaurants are cropping up in many places. The career avenue of fusion cuisine is one to watch across the global melting pot.

How Chefs Can Master Fusion Cuisine

There are myriad opportunities to participate in the world of fusion cuisine, either in an existing fusion establishment or through experimenting with unique combinations in your own kitchen. We’ve looked at some guidelines for building fusion recipes, including a willingness to experiment, recognize failures and adapt, as well as incorporating your own favorite ingredients into the mix.

“My favorite part of my program has been jumping right into the kitchen and foundations and learning new techniques, new dishes, new presentations to present – and finding my style of cooking.”*
Cooper Weber, Escoffier Culinary Arts Graduate

A firm grasp of culinary skills goes a long way toward developing effective, appealing fusion dishes. Auguste Escoffier School of Culinary Arts offers students the chance to develop their abilities under the close tutelage of experienced professional chefs, both in terms of their work directly with food and the many business and managerial aspects of being a professional chef.

Want to learn more about trends in the culinary industry? Read these next:

This article was originally published on October 3, 2019, and has since been updated.