Blog > World of Food & Drink > French Cooking: How and Why French Cuisine Came to Rule the World

French cooking is considered by many to be the most prestigious and respectable cuisine in the world. With its formal techniques, emphasis on fresh ingredients and simple flavors, pride in presentation, and rich and colorful history, French cuisine truly has come to rule the world, laying the foundations for many other styles and specialties.

To become a skilled chef, you must have extensive knowledge of French cooking fundamentals.

Some of the inspiration for French cuisine can be traced back to medieval times. Back then, nobility dined on multi-course meals composed of wild game, meat, fruit, and grains, while peasants ate diets high in vegetables and legumes. Expensive salt and imported spices were widely used in the kitchens of the elite and were considered a status symbol.

With few ways to preserve food, people in ancient times decided what ingredients to use based on what they had immediately available. Modern French cooking also utilizes fresh, seasonal ingredients.

Members of the upper class often utilized these seasonal ingredients to host banquets or feasts that showed off their wealth. These dishes were elaborately presented to impress guests, and this emphasis on presentation is maintained in modern French cooking. Over the years, as cultures shifted and transformed, so did French cooking. During the Middle Ages cooking began to lighten and dishes in France began to shape into a cuisine we would more readily recognize today. However, cookbooks and documented techniques weren’t published until the 1600s.

Francois Pierre La Varenne published the first French cookbook in 1651 titled Le Cuisinier Francois. This inspired many chefs to record their work. The French Revolution in 1789 further helped to spread the study of cooking since it shattered the occupational restrictions established by the government. Additionally, more and more French people began cooking for themselves.

Later, French cuisine expanded beyond France’s borders, and chefs from around the world studied these published guides.

As the French colonized other countries – including parts of Asia, Africa, North America, and the Caribbean – throughout the 1700s and 1800s, they spread their culinary knowledge and cooking techniques. 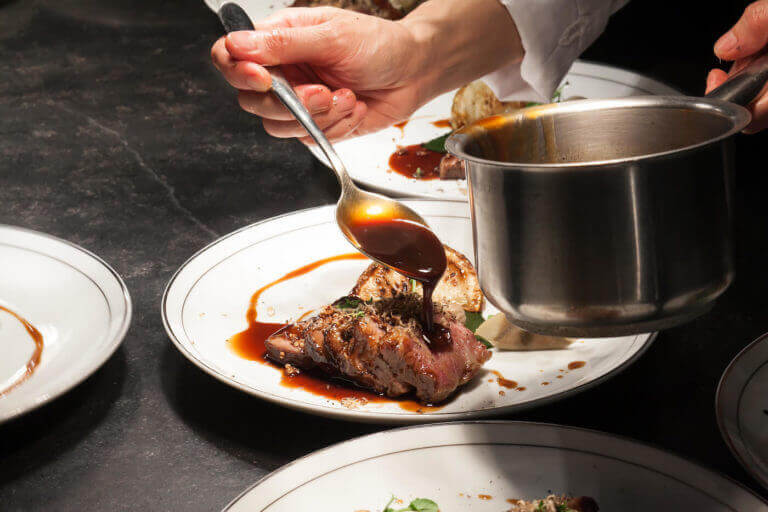 What Is Haute Cuisine?

If you’ve studied French cuisine at all, you’ve probably heard of something called haute cuisine.

Haute cuisine translates to “high cuisine” and refers to a shift in French cooking from an emphasis on abundance and quantity to an emphasis on moderation and quality. Marie-Antoine Carême is often credited with leading this charge in the 1800s. He taught French cooking as a sophisticated art form that required technique and precision, and his recipe manuals made French cuisine more accessible.

Georges Auguste Escoffier, known as the King of Chefs and Chef of Kings and our school’s namesake, brought haute cuisine to the modern world. He revolutionized the fundamentals of French cooking including how food is presented and how it’s served. With his publication of Le Guide Culinaire in 1903, Escoffier adapted haute cuisine to be more modern. Additionally, Escoffier furthered the culinary profession through an organized and smoothly-running professional kitchen with his innovative brigade de cuisine system, which features a strong organizational system and hierarchy. This system modernized the culinary arts, giving kitchens a military-style ethic to deliver efficient and effective service under strong leadership. The brigade system is still used in kitchens around the world today.

French cooking continued to evolve and in the 1900s, nouvelle cuisine was born. This style of cooking was defined by the use of high quality, fresh ingredients, lighter meals, and simpler yet breathtaking presentations. Modern French cooking draws inspiration from the many cooking concepts French chefs have developed and presented over centuries. 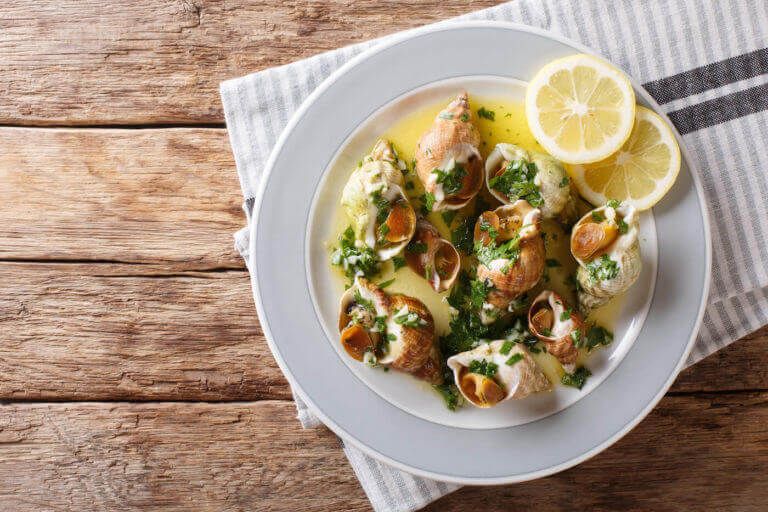 The Foundations of French Cooking

French cooking is incredibly complex and is built upon many years of history. Still most chefs would agree that technique, ingredients, and the dining experience are important components of this cuisine.

French cooking techniques require patience, skill, and attention to detail. These take years to master, but should be studied by all aspiring chefs.

Mise en place means “everything in its place,” and it’s a key component of kitchen organization. Before cooking a dish, a chef organizes their tools and prepares, cuts, and measures their ingredients. Everything should be close at hand and ready to go when it’s time to cook. A chef must be mentally prepared to execute the techniques to create masterpieces!

Sauteeing is a technique of cooking ingredients in a pan coated with olive oil or butter over medium to high heat. To sauter means “to jump” in French, which is what ingredients do in a hot pan. One classic dish that relies on this technique is lamb chasseur.

Braising is a combination cooking method used to cook meat or vegetables in a covered pot over low heat until the products are tender. Chefs typically sear the surface of meat or vegetables at high temperatures then lower the heat. Next, the ingredients slowly cook in fat, stock, or wine to produce complex flavors along with soft and tender bites.

To confit an ingredient requires salting and cooking the product in fat. Traditionally, this technique was used to preserve meat. Duck confit is a classic French dish that uses this method. However, you can also confit many vegetables such as garlic or potatoes!

Flambe involves the use of flammable alcohol to make desserts such as cherries jubilee. When the alcohol is set on fire or flambeed, it burns the alcohol away in mere seconds while leaving the aroma of the liquor’s main flavor. For many years, restaurants would flambé various dishes tableside to highlight both the technique and enhance the dining experience for their guests!

Another marker of French cuisine that differentiates it from others is the use of high quality ingredients.

Herbs and spices are also important to French cuisine and can contribute a depth of flavor to otherwise subtle dishes. A few commonly used in French dishes include herbs de Provence, tarragon, and nutmeg.

Students at Auguste Escoffier School of Culinary Arts can get plenty of practice connecting with local farmers and cooking with fresh ingredients in the French style during our Farm To Table® Experience. They may chat about production methods, see where their food comes from, and even taste ingredients straight from their source! 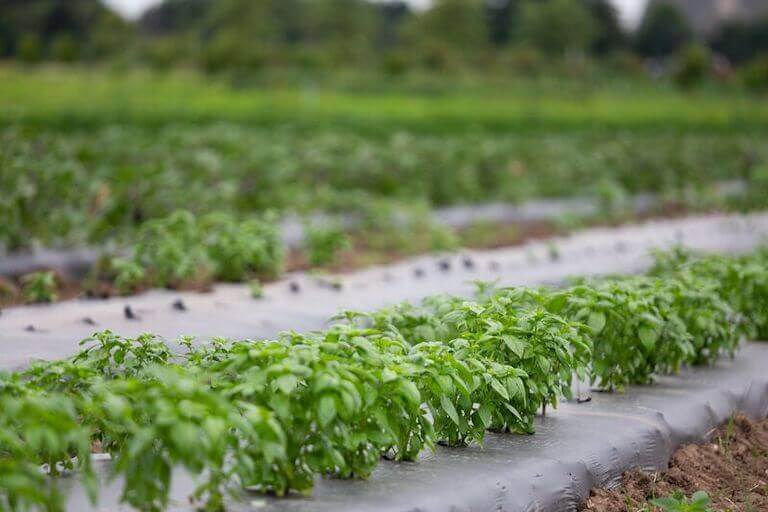 Another foundation of French cuisine is the dining experience, which requires careful presentation, elegance, and community when eating. A version of this could be seen all the way back in the Middle Ages at the banquets held by the aristocracy, but French cooking underwent many changes to end up where it is today.

With the rise of haute cuisine, meals became smaller and presentations became more detailed and elegant. Nouvelle cuisine placed even greater emphasis on precision in presentation. Today, many chefs in fine dining restaurants are as talented at presenting their food as they are at preparing it! A sense of community can still be felt in many classic French restaurants, which sometimes utilize banquet-style seating to bring guests together.

Master the Art of French Cooking and More

To become a great chef, one must be equipped with skills and techniques from different cultures and regions. However, French cooking inspires many types of cuisine and forms the foundation of fine dining.

“Escoffier School of Culinary Arts opened my eyes to all these techniques that make my food the best I’ve ever cooked in my life. The school provided the methodology behind the basic recipes of everything that I needed to know for production… and the proper tools and ability to work in any kitchen.”*Vanessa M House, Culinary Arts Graduate

At Escoffier, we honor the countless contributions of Auguste Escoffier by exploring French techniques, an appreciation for great ingredients. If you’d like to improve your culinary skills from some of the best Chef Instructors, learn more about our culinary and pastry degrees and diplomas.

Interested in reading more World of Food and Drink articles? Try these next:

This article was originally published on April 28, 2021 and has since been updated.