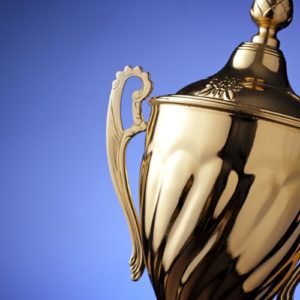 The James Beard Foundation has announced new categories and is accepting nominations for the 2015 James Beard Awards.

“The outstanding baker award grew from our desire to honor those professionals working beyond the restaurant dessert realm,” said Restaurant and Chef Awards committee chair Phil Vettel in a press release. “Along with outstanding pastry chef, this award acknowledges the vitality of the pastry and baking professions, in restaurants and in bakeries of many kinds, and the importance of bread and dessert to the dining experience.”

The JBF Book, Broadcast, and Journalism Awards, which honors the top cookbook authors, food journalists, and culinary broadcast producers and hosts in the nation has added two new categories for Broadcast Media: visual and technical excellence and podcast.

“Since the mission of the James Beard Foundation is to inspire as well as educate through food, the Broadcast Awards committee has created a new category, for visual and technical excellence, where our judges can give unbridled recognition to the individuals whose technical skills and creative sense so beautifully capture the artistic and even emotional aspects of food through the visual medium” explained Broadcast Awards committee chair Emerald Yeh. Podcasts were given their own category as they are a distinct and dynamic media form that is growing.

The award ceremony is held each year at Lincoln Center. Winners and nominees enjoy a weekend of events in New York City surrounding the main celebration.The 2015 James Beard Foundation Awards are officially accepting nominations starting Oct. 15, and will be open until various dates in December and January. Visit the website for a full list of awards and deadlines and to submit your nominations. Only two entries per subcategory may be submitted.