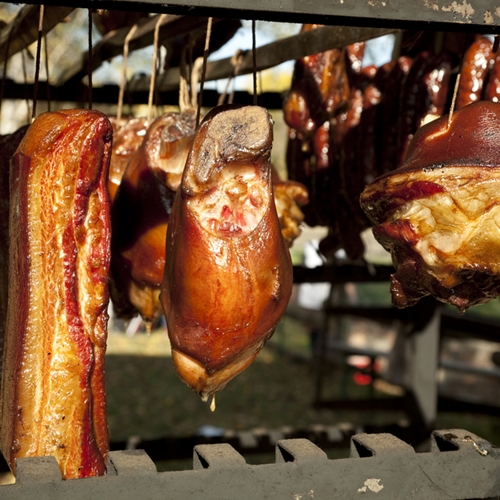 Taking culinary classes might encourage aspiring cooks to branch out and focus on specialties such as making sushi or delving into the world of barbecue. In the case of the latter, October proves to be a particularly exciting month for those desiring to be pitmasters, as Oct. 2-5 marks the 35th annual World Series of Barbecue. The event is located in Kansas City, Missouri, and promises to attract more than 550 teams competing across four categories. Known as the American Royal Barbecue, the event is the largest of its kind in the world and serves as the finale in the competitive barbecuing season. For seasoned veterans and upcoming chefs, this event assuredly takes barbecue to the next level.

World Series of Barbecue
Perhaps one of the biggest challenges for spectators at the event is that much of the barbecue will not be available to the public. While there are plenty of licensed food vendors spread over the 54 acres in which the event takes place, those competing cannot provide samples to those in attendance. This highlights the seriousness of the competition, in which pitmasters are focused on finding their place at the top of this tremendous body of legendary chefs.

However, the lack of samples hardly seems to take away from the barbecue festivities. The American Royal Barbecue offers a Family Fun Zone, cooking demonstrations, live music and an expo marketplace. Of course, all the festivities take place in the middle of the barbecue battleground, ensuring that visitors at least get to enjoy the aroma of the chefs’ fares. According to a statement from American Royal, there will also be a junior world series kicked off by celebrity chef Guy Fieri.

A Barbecue Hall of Fame induction ceremony will take place on Oct. 4, and past inductees will be on hand throughout the course of the three-day festivities to put on cooking demonstrations. American Royal also offers up scholarships to exemplary college students, and brings those selected to the festival to learn the ins and outs of barbecuing and everything that goes into the competition.

American Royal President and CEO Bob Petersen explains, “The American Royal supports youth and education, and experiencing all things barbecue in the heart of the historic West Bottoms with family and friends is an ideal way to spend this weekend that only comes once a year.”