Blog > Sustainability > How is Plant-Based Meat Made?

All the buzz about plant-based diets may have left you with some questions:

Believe it or not, plant-based meats are made with a variety of common ingredients — some of which can taste nearly indistinguishable from real meat. Let’s unpack just how plant-based meat products are made and whether they’re a healthier option overall.

How Is Plant-Based Meat Processed?

Plant-based meat is just what it sounds like: a substitute for real meat that uses no animal products and is primarily made up of vegetables, grains, and legumes. Beyond Burger, the self-proclaimed “first plant-based burger designed to look, cook and taste like animal meat and sold in the meat case,” created a recipe with peas, mung beans, and brown rice — known as a “complete protein” as it contains all nine essential amino acids. Impossible Burgers, another brand that launched its burger product in 2016, are designed to taste like regular beef patties — and actually “bleed” due to the ingredient soy leghemoglobin. Other meat-mimicking ingredients include tofu, tempeh, and seitan.

While each type and brand varies in its precise process, there are a few facets that plant-based meat companies focus on when manufacturing their products.

Products that are labeled “plant-based” generally don’t include animal products — although this isn’t necessarily guaranteed. A plant-based meat manufacturer’s first job is to gather ingredients that will both meet this criteria and mix well together. The foundational elements in plant-based meat are a protein of some sort (like tofu, tempeh, or soy), plant oils (like sunflower or canola oil), and a vegan binding agent (like gluten, aquafaba, or beans.)

Plant-based meats seek to mimic real meat, and that includes texture. When companies source their ingredients and test their recipes, they’re focused on what will most optimally form into the desired end product — whether that’s meant to be crispy coconut bacon strips, stringy jackfruit pulled pork, or juicy red beet patties.

The process of crafting these products involves machines like slicers and spiralizers, as well as extrusion technology, which exposes the plant-based proteins to thermal and mechanical stresses to render them more “raw.” An extruder feeds ingredients through a stationary barrel and a revolving screw mechanism, either with or without heat, to knead and ultimately compress the product. Other manufacturers use wet texturization technology (which involves adding significant amounts of moisture during the extrusion process) plus starches and fibers that create a stringy, sinewy texture. Of course, a plant-based food product will only sell if it tastes as good as — or better than — the real thing. Thus, plant-based meat manufacturers are always looking for ways to enhance base ingredients, like vegetables and legumes, with flavor. This often means the use of copious seasonings and spices, yeast extracts, enhancers like nut-based sauces and mushrooms, and coconut oil. Due to various ingredients and processes used, some brands of plant-based meat have actually accomplished the flavor of real meat… while others taste similar but not quite like the real thing.

“By adopting a more plant-centric diet, you’re going to be forced to be more creative, or you’re going to be forced to investigate ingredients that you never thought you’d cook with. And as a result, I think it’s actually kind of an expansion of your culinary capacities to cook plant-based.”
Shane Witters Hicks, Escoffier Boulder Graduate, Culinary Specialist, Hungry Planet®

One of the goals that recipe researchers have is to find ways of making plant-based meat actually look like real meat. A method that manufacturers have recently begun to use is extrudable fat technology. This process involves forcing soft fats through a machine called an extruder, which changes its texture. The fat is then added to the plant-based protein, so that there’s no separation. This has various effects, like marbling, which mimics animal meat.

So now that you know more about what goes into the process of making plant-based meat, the question remains: are these products healthier? Generally speaking, yes, plant-based options tend to have a higher nutritional value due to the number of vegetables and other plant proteins within them. They typically don’t have as much saturated fat as real meat, and they’re often — but not always — lower in calories.

Some plant-based meats even have more protein per serving than regular meat, which can help people reach their recommended serving of protein per day and stay fuller longer. But they may lack essential amino acids found in “complete” animal proteins. So it’s a good practice to look for plant-based products that use “complete” plant proteins, like soybeans or quinoa. 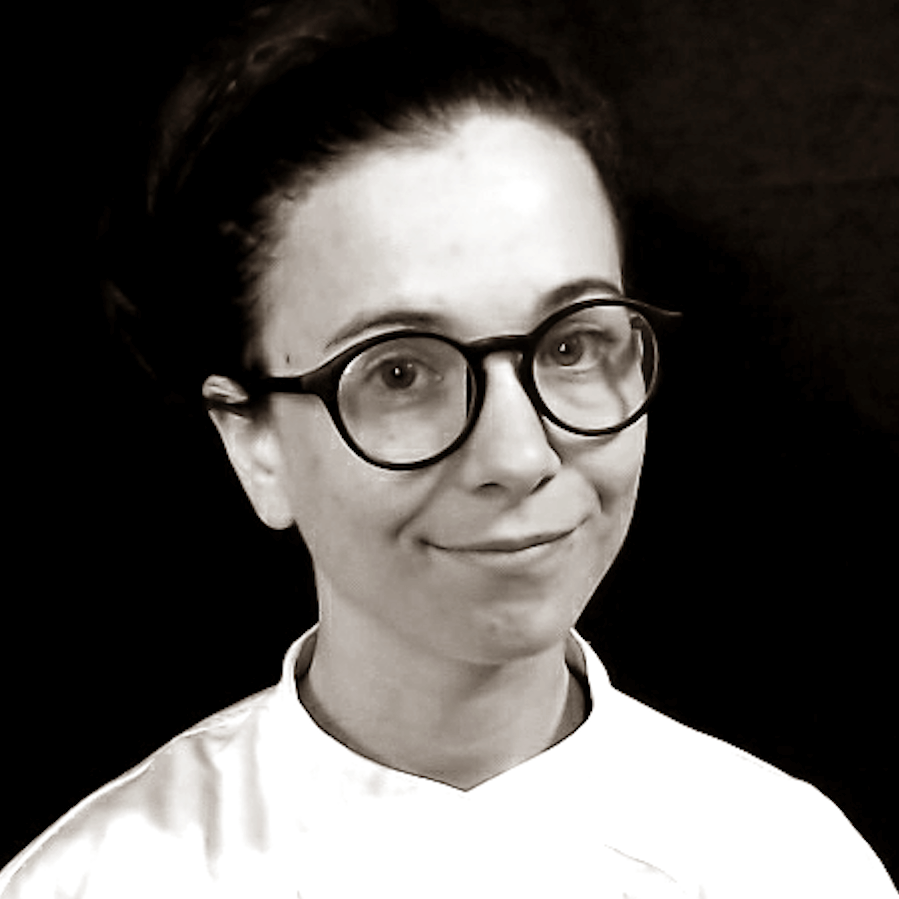 “I think we do a really good job in our curriculum, particularly in Farm To Table®, where we really try to help the students understand what to do about in-season produce. How do you preserve that? Do you ferment it? How do you go about instilling that into your own cooking?”
Escoffier Chef Instructor Stephanie Michalak

However, remember that plant-based meats are, after all, highly processed to help with preservation of flavor or prevent perishing. So for those looking to stick to a paleo diet or incorporate whole foods, plant-based meats aren’t necessarily the “purest” option. Also, be on the lookout for additives — all those ingredients added to enhance taste, like salt, sugar, refined coconut oil, and more. This can tip plant-based meats into the high or very high categories in terms of sodium or fat content.

Whether you yourself practice a plant-based lifestyle or you’re interested in serving plant-based foods to others, it’s important to know how the increasingly popular plant-based meat products are made. And learning the science behind plant-based cooking and the different nutritional profiles of plant-based products is crucial for a career in this industry niche.

If you want to learn how to prepare plant-based meat dishes for a professional setting, like a vegan restaurant or as a recipe researcher, you may need specialized training. Auguste Escoffier School of Culinary Arts offers Plant-Based Culinary Arts Diplomas and Associates Degrees, either online or on-campus in Boulder, Colorado. Check out the program and get your start on a plant-based career today!

Interested in all things plant-based? Try these articles next:

How Plant-Based Meat Substitutes Are Changing the Way We Eat

Plant-Based vs. Vegan: Why Chefs Need to Know the Difference