In January 2021, we were so pleased to announce that Certified Master Pastry Chef® Frank Volkommer had joined the team at Auguste Escoffier School of Culinary Arts. With his 30+ years of expertise, we knew he’d be an invaluable resource to our Chef Instructors and students alike!

Now that he’s had some time to get his bearings, we wanted to share more about Chef Frank’s impressive career. Learn how he went from dishwasher to achieving the highest, most exclusive distinction in the world of pastry!

Food was not Chef Frank’s first love. Motorcycles were! But ironically, it was his love for motor sports that first got him into food.

Motocross and dirt biking are expensive hobbies for a teenager. Eventually, his father told him that he’d have to get a job to fund them.

So he employed that time-honored method of finding his first kitchen job—he knocked on the back door of a local restaurant to ask if they were hiring. They started him that very day as a dishwasher.

Frank worked his way up from dish to prep to sous chef. And at just 21 years old, he found himself an executive chef. But that wasn’t enough for Chef Frank. He was fascinated by the technique that went into pastry, but he didn’t get to practice those skills enough in his full-time position. So he took on a second job, working part-time as an assistant baker and pastry cook. 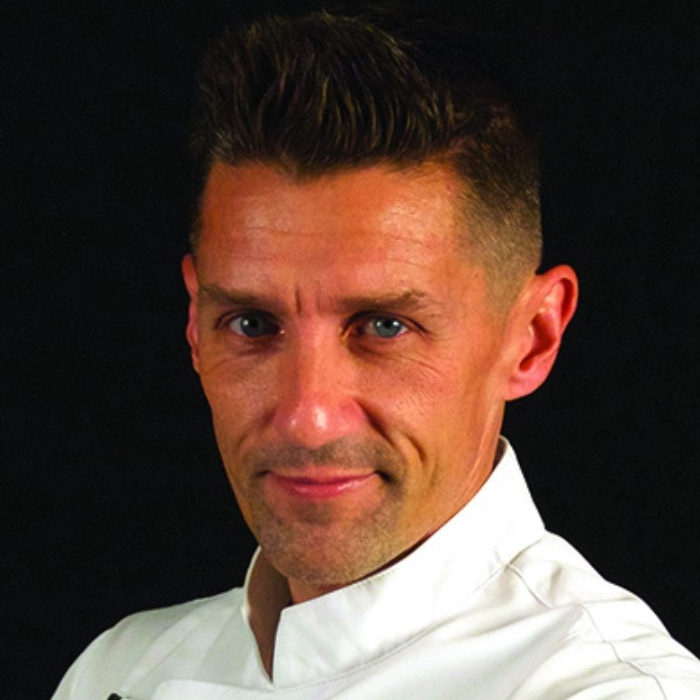 “I would go to restaurants early in the morning, make their desserts, and then rush over to my real job [as an executive chef] and start getting set up for service. I did that for a few years.”
Frank Vollkommer, Certified Master Pastry Chef®, Culinary Olympics Gold Medalist & Escoffier Director of Culinary Industry Development

Eventually, he realized that if he wanted to transition to pastry, he’d need some formal education. So he got his associate degree at a culinary institute to help him work towards that goal. Even though he was already an executive chef, he knew there was still more to learn!

Certification was important to Chef Frank, but he wanted to prove himself in other ways, too. “I’m what I consider a lifelong learner,” he said.

“I think that competition and certification both represent opportunities to push yourself outside of your comfort zone and to learn a lot.”
Frank Vollkommer, Certified Master Pastry Chef®, Culinary Olympics Gold Medalist & Escoffier Director of Culinary Industry Development

In the early 2000s, Chef Frank went on a competition blitz, earning accolades at numerous pastry competitions. He received awards at the Marc Sarrazin Cup and the Societe Culinaire Philanthropique. He even competed in the Culinary Olympics in 2000, and took home both a gold and silver medal.

“When you’re practicing with that much intention, and you’re analyzing the details about your performance, and you try to do it better every time, there is a direct correlation between improving your professional skills in competition and how you prepare for it.” The practice for these competitions was also a big contributor to his next major pastry success.

Becoming a Certified Master Pastry Chef® is no cakewalk, if you’ll pardon the pastry pun. It’s such a difficult process that Chef Frank is one of only eleven CMPCs® in the entire country. It’s the highest level of pastry chef certification that one can receive. To earn it, Chef Frank had to complete a grueling 10-day exam by the American Culinary Federation (ACF).

Today’s CMPC® exam isn’t quite the same as it was when Chef Frank took it. These days, it’s 8 days rather than 10, but that doesn’t mean it’s any easier.

For the exam itself, candidates are judged on their kitchen skills, presentation, and tasting. They have to show mastery of breads, croissants, tortes, cakes, chocolates, petit fours, international pastries, and more.

“One of the reasons I love pastry,” he says, “is it’s the perfect combination of technical skill and creativity. And so you need a little bit of both.” This certification was the perfect way to demonstrate that love for both sides of baking and pastry. 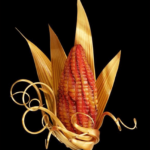 An ear of corn made entirely of sugar

Mastering the Next Challenge

After reaching the level of CMPC® in 2005, where else was there to go?

“I thought that being a good technician equated to being a good teacher. And I learned that education and teaching is in itself its own science, art, and then vocation. It requires the same level of determined and focused practice of your craft that being a good chef does.”
Frank Vollkommer, Certified Master Pastry Chef®, Culinary Olympics Gold Medalist & Escoffier Director of Culinary Industry Development

For the past 16 years, he’s been improving his skills as an educator, first at NECI, then at the Culinary Institute of America and Johnson & Wales University. And he’s still learning! In 2019, Frank received his Bachelor of Science in Baking & Pastry from Johnson & Wales, and just this year, completed his Master of Education from the same university.

Now, Chef Frank brings all that skill and education to Escoffier as the Director of Culinary Industry Development. In this role, he helps to improve our education methods and our academic programs, as well as growing our educator’s professional relationships.

As for that early love of motorcycles? It’s still an important part of his life. Chef Frank is a champion amateur motorcycle racer in addition to being a champion at pastry!

“I get a lot of energy from doing things outside of cooking and pastry. And motorcycle racing is one of those things that just gives me energy.”
Frank Vollkommer, Certified Master Pastry Chef®, Culinary Olympics Gold Medalist & Escoffier Director of Culinary Industry Development Chef Frank in a motorcycle competition

Chef Frank acknowledges that 2020 was a difficult year for the restaurant industry, but he sees that as creating opportunity for the future.

“There’s a shortage of skilled chefs and skilled technicians for the industry,” he says, “and there’s going to be a tremendous opportunity for anyone entering that market space in 2021 or moving forward. So it’s a really good time to be an aspiring culinarian.”

What if you hope to become a culinary entrepreneur?

“Get out there and work for other people. Gain some experience. Ask lots of questions. Start developing your plan early. It takes a few years to develop a concept and a business plan and have everything in place before you open. And then just surround yourself with good people. It does take a village to open a business and be successful.”

Also, create something that is replicable. One of his mistakes in his own bakery and cafe was to build a business that was hard to maintain without his presence. When you have to be there constantly to keep the business running, you make it impossible to take time off. And that increases your risk of burnout.

Chef Frank is proof that pastry education plus working your way up is the key to baking excellence.

He’d already become an executive chef by 21, and he could have easily stayed at that level. But he wanted more from his culinary career. So he was unafraid to start at the beginning, learning baking as a part-time pastry cook and eventually, in school. He spent his career perfecting his craft, increasing his certifications and education level until he’d reached the top of the pastry field.

Wherever you are in your career—whether you’re about to graduate from high school, or you’ve already put 10 or 15 years into the kitchen—there’s always more to learn.

See what’s waiting for you at Escoffier.

To learn more about the baking and pastry arts, try these articles next:

4 Tips For Opening Your Own Bakery